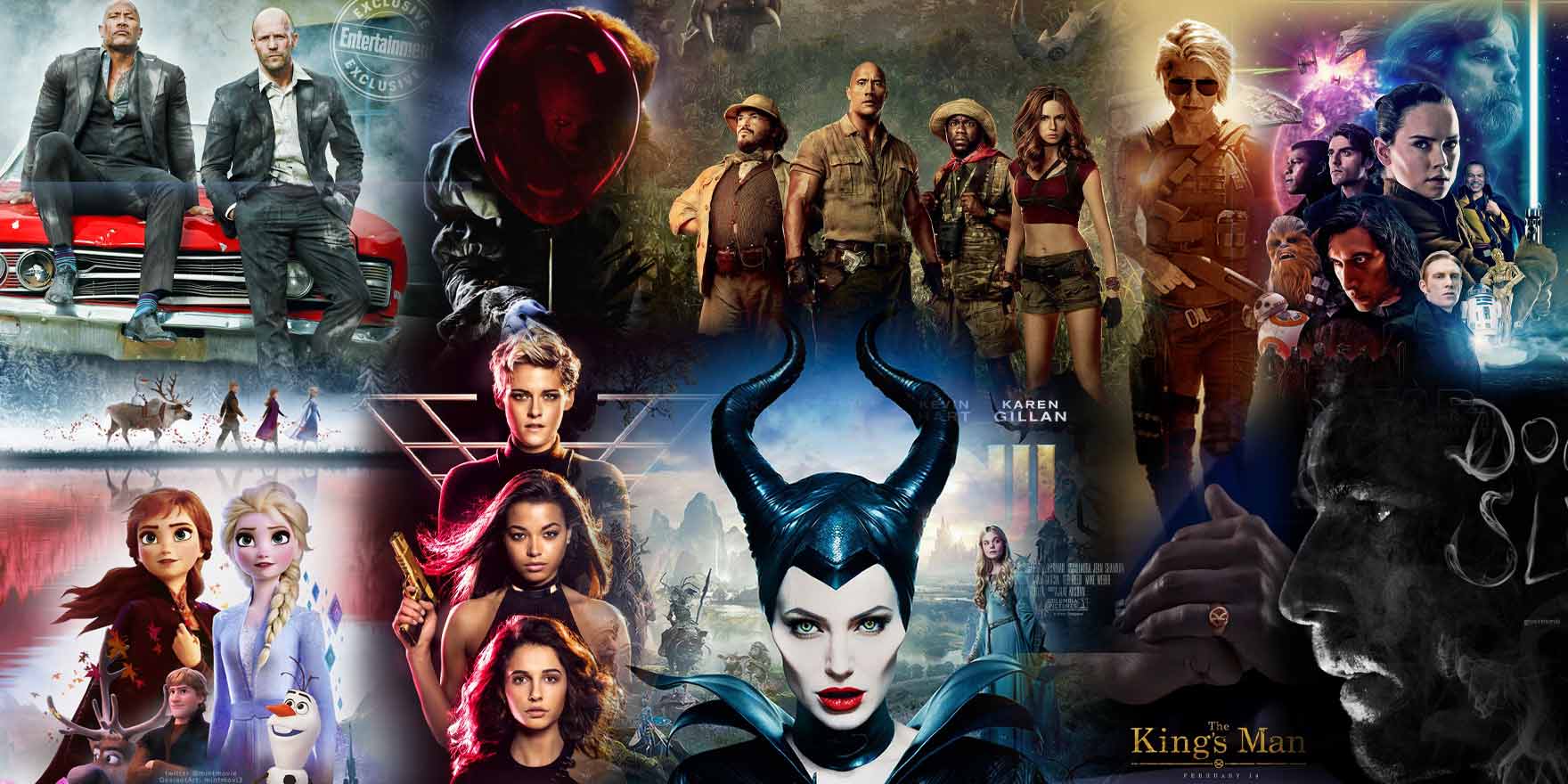 After eight films that have amassed almost $5 billion worldwide, the Fast & Furious franchise now features its first stand-alone fan base as Dwayne Johnson and Jason Statham reprise their roles as Luke Hobbs and Deckard Shaw in Fast & Furious Presents: Hobbs & Shaw.
The upcoming spin-off film is set to focus on the characters of Luke Hobbs and Deckard Shaw, played by Dwayne Johnson and Jason Statham respectively. Vanessa Kirby is joining the cast as an MI6 agent and Shaw’s sister, along with Idris Elba taking on the role of the main villain in the film.

It Chapter Two is the sequel to the 2017 film It that left many viewers terrified of looking into street gutters, and justified many more’s aversion of creepy clowns. The first film followed the disappearance of seven-year old Georgie and the ensuing persecution by an unknown force, called “It”, of his teenage brother and his gang, who call themselves “The Losers Club”. In chapter two, the gang is 27 years older, and determined to put an end to It. Literally.

The sequel film is based on the second half of the novel and is set in 2016, 27 years after the events from 1988-1989 depicted in the first film. It stars Bill Skarsgård as Pennywise, along with James McAvoy, Jessica Chastain, and Andy Bean, who portray the adult versions of the club.

Angelina Jolie is back as the classic Disney villain in Maleficent: Mistress of Evil, set several years after the live-action reimagining of Sleeping Beauty. While the film’s predecessor Maleficent ended with a reconciliation between the villainess and Elle Fanning’s Princess Aurora, the arrival of Pfeiffer’s Queen Ingrith seems to have disturbed the peace.
The new trailer begins with Prince Phillip proposing to Aurora (Elle Fanning). But when the good news travels back to Maleficent, she makes it clear that Price Phillip and Aurora won’t receive her blessing—not that Aurora asked for it in the first place. « Love doesn’t always end well, Beastie, » Maleficent tells her.

Terminator: Dark Fate is the upcoming sixth Terminator film, and it is a direct sequel to 1991’s Terminator 2: Judgment Day. While “Dark Fate” also features the return of franchise veteran Arnold Schwarzenegger, the focus is on a new generation of female characters, including the return of Linda Hamilton as Sarah Connor.

Paramount studio chief described Dark Fate as a “return to the intensity, grit, and spectacle of the movies that first captured our imagination decades ago. »

Mike Flanagan’s “Doctor Sleep”, based on the novel by Stephen King, serves as a sequel to the author’s iconic “The Shining” and follows an adult Danny Torrance, still irrevocably scarred by the trauma he endured as a child at the Overlook and a struggling alcoholic.
The latter meets a young girl named Abra with powers similar to his own. As he tries to uncover the secret of his powers and keep Abra safe, Danny seems to be drawn deeper into the past.

More than a decade after their last movie, the covert angels of the Townsend Agency are back in action in the upcoming Charlie’s Angels – the latest instalment in the long-running franchise that started as a beloved TV show in the ‘70s.

Naomi Scott plays Elena, a programmer who “can’t sleep at night” while working on a product that could either “revolutionise” the power industry or be weaponised with disastrous results. She is then introduced to the Angels sisterhood, featuring Kristen Stewart as Sabina, and Ella Balinska, former M-I6 agent.

The long-awaited sequel to the smash hit Frozen finds royal sisters Elsa (Idina Menzel) and Anna (Kristen Bell) joining forces once again with their friends, Kristoff (Jonathan Groff) and Olaf (Josh Gad) to travel to the Enchanted Lands north of Arendelle to find a way to stop something perilous from sweeping across their land.

In “Frozen,” Elsa feared her powers were too much for the world. In “Frozen 2,” she must hope they are enough.

8. Jumanji: The Next Level

After earning $962 million on a $100 million budget, Jumanji is back with a treat for the fans of the 1995 classic. Jumanji: The Next Level is an upcoming American fantasy-adventure comedy film directed by Jake Kasdan and written by Kasdan, Jeff Pinkner, and Scott Rosenberg.

9. Star Wars 9: The Rise of Skywalker

After helping relaunch the Star Wars universe in 2015 with Star Wars: The Force Awakens, J.J Abrams is returning to close out the trilogy. Although, Star Wars: The Last Jedi felt like the conclusion, with Snoke dead and Rey choosing to abandon her brief dalliance with the dark side and embrace the light with her friends.

However, The Resistance is still on the run though, and the future for the rebel heroes is unclear. The Rise of Skywalker will conclude the Skywalker saga and includes the surprise return of one very important character.

Matthew Vaughn is seemingly determined to make Kingsman the next major cinematic universe, starting with a spin-off prequel movie. As with X-Men: First Class, Vaughn is weaving his fictional story against a historical backdrop that includes real-life characters and eve

The spin-off is set in the early 1900s and explores the origins of the Kingsman organisation, way before the likes of Harry Hart and Eggsy got involved.