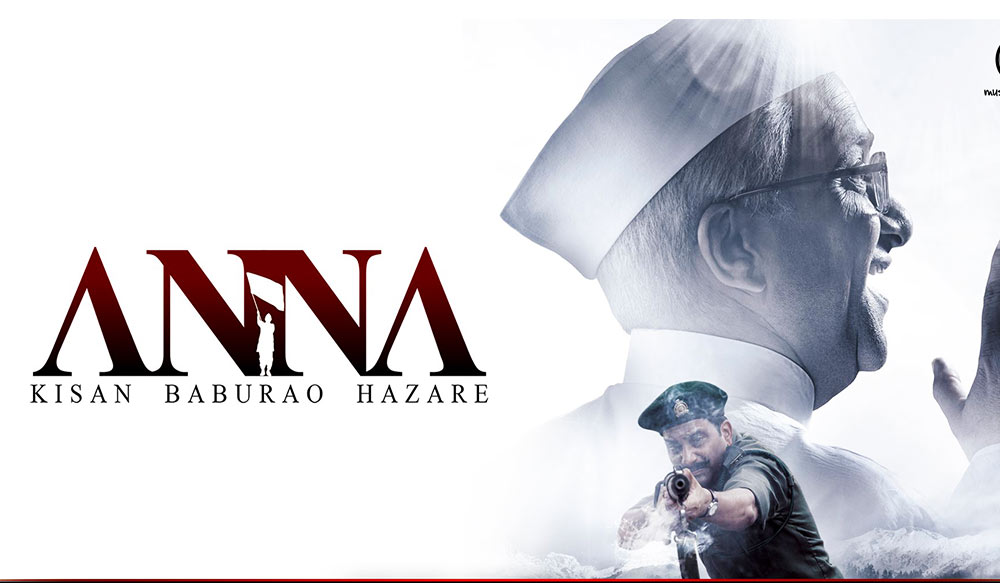 In 2011, India woke up to a mass movement supporting the Jan Lokpal Bill. Leading the movement was the septuagenarian social activist, Anna Hazare, a name that inspired lakhs of people to stand up against corrupt practices in the country. The film traces Anna’s life and the hardships he endured.

If someone asked you who Kisan Baburao Hazare was, chances are, you wouldn’t know. Shorten it to Anna Hazare, and it’s hard not to have heard about the person, who has been termed the modern-age Mahatma Gandhi.

Though Anna shot to fame among the masses with the Jan Lokpal protests, his preceding body of work is equally strong. The simplest example being the makeover he gave Ralegan Siddhi, his native place that is considered to be a model village by many. Shashank Udapurkar’s film (he plays the title role, too) opens up a book of Kisan’s journey to becoming Anna.

As is the case with many biopics, the film is a typical rags-to-riches story, though the riches in this case translate to acclaim and appreciation for Anna’s social work. The film shows Anna’s life in poverty, his growing-up years, the time he spent as a soldier in the Indian Army and the subsequent change of mind that led him on the path of social work.
Udapurkar’s portrayal is convincing, but it’s his screen resemblance to Anna that earns brownie points; credit goes to make-up artist Vikram Gaikwad. The rest of the cast boasts of big names, but their roles are largely restricted to lending authenticity to the story. Tanishaa Mukerji does well in her small role as a TV reporter.

The film has a simple story, much like the man, with minimal plot twists. For the layman, it acts as a guide to his work over the years, but for those familiar with his work, it might seem too simplified a presentation of events that shaped Anna into the man he is today.