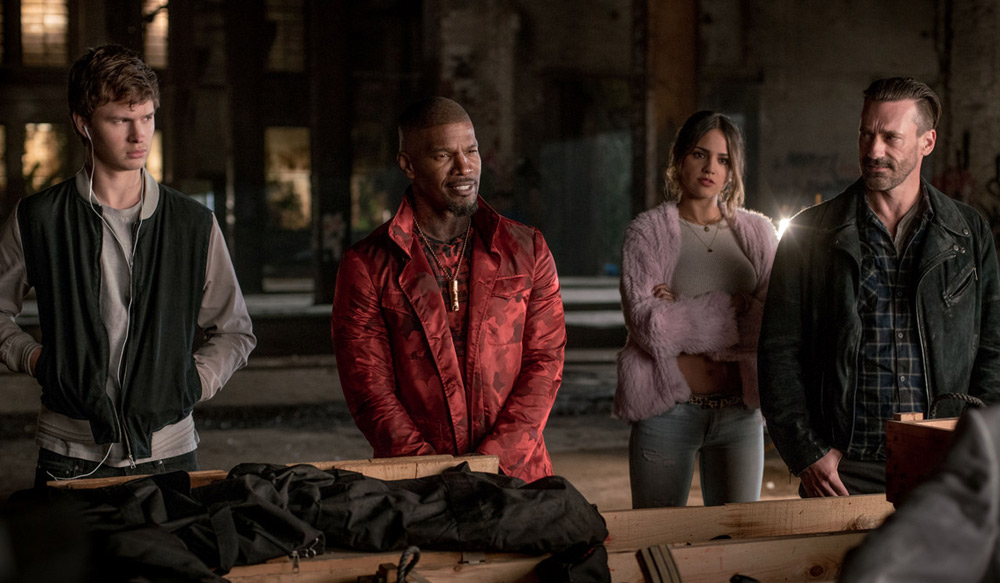 The title of Baby Driver refers to the extreme carefree getaway driver played by Ansel Elgort. The most coveted wheelman in town earns his nickname because he speaks so rarely it’s as if he never learned to talk. With his earbuds in and his sunglasses on, he carries out every heist with a specific playlist that matches each screech of the getaway car to a musical beat. In Edgar Wright’s Baby Driver, even the bullets fired from machine guns are synchronised to the beat.

Baby works for the criminal mastermind Doc (played by Kevin Spacey) who plans heists and hires acolytes to carry them out. He is tasked with carrying the members of the crew out of harm’s way after heists, to work off a debt he owes to Doc.

An expert behind the wheel who doesn’t talk much and doesn’t partake in the actual criminal acts, Baby rarely goes without shades and is always wearing ear buds to groove to his iPod tunes. His intense attachment to music, stems from a childhood trauma that claimed his parents’ lives and left him with tinnitus- he uses music to drown out the constant ringing.

Baby is mainly a person struggling with an unhappy past, (revealed in flashback montages) who is being forced by Doc to carry out dangerous missions. Another aspect to the redemptive arc of Baby’s character is the waitress played by Lily James, who he falls in love with at a diner where his late mother used to work.

His last mission with “Buddy” (played by Jon Hamm), “Griff” (played by Jon Bernthal) and “Darling” (played by Eliza González), gets him closer to settling the debt he has with Doc. However, things don’t turn out as he had planned.

The supporting cast of characters is the movie’s greatest strength; Spacey’s Doc is menacing, yet oddly paternal while his partners in crime, Buddy and Darling have just the right amount of clichéd comedic perfection. They lightly drive the story forward, along with a piece of exposition here and a moment of levity there.

Edgar Wright’s “Baby Driver” is one of the amusing thrill rides of this year.