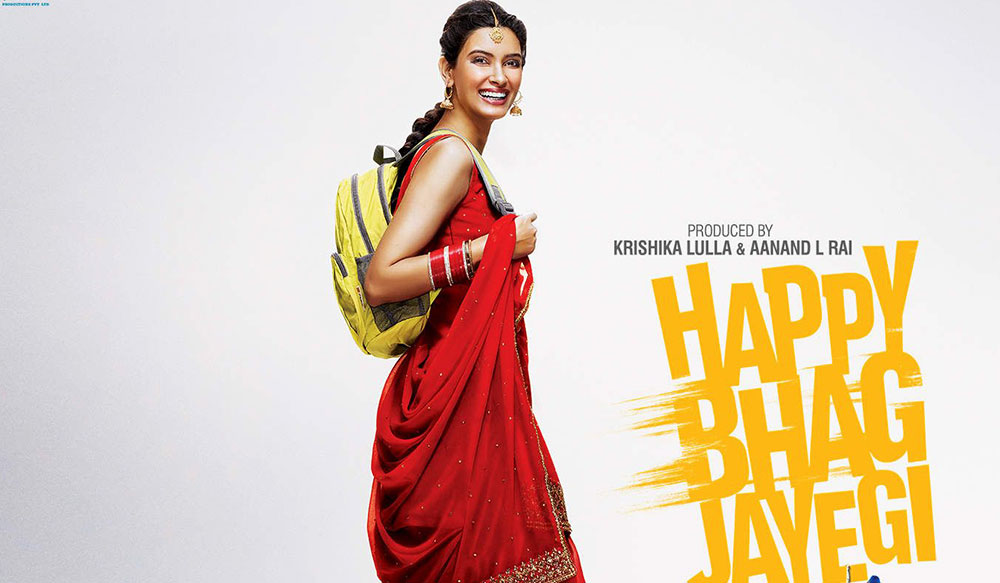 If you have been waiting for a family entertainer, ‘Happy Bhag Jayegi’ is the answer to your prayers. Director Mudassar Aziz, who last directed ‘Dulha Mil Gaya’ in 2010 brings a laughter riot which has all the possible ingredients to lighten up your mood.

Daman Singh Bagga (Jimmy Sheirgill), an aspiring MLA of Amritsar is extremely fond of Happy (Diana Penty) and will soon tie the knot with her. But things are not that simple as Happy is in love with her college crush Guddu (Ali Fazal). Happy’s family is against their marriage and hence she decides to run away with Guddu and live happily ever after but unfortunately things don’t fall in place.

After landing in the wrong truck, Happy reaches Pakistan at the residence of Bilal (Abhay Deol), the son of ex-governor of Lahore, who is to marry Zoya (Momal Sheikh), a daughter of a reputed businessman. Bilal decides to help Happy find her way back home. However, she is in no mood to return back to India. What happens next forms the cruz of the story, and a delightful one at that.

‘Happy Bhag Jayegi’ is by far the best film of director Mudassar Aziz. The film is a brave attempt from his quill. He has handled a complex issue with so much conviction, considering its cross border run-com theme. However, it’s never too late to say that, Mudassar has arrived now with a bang. It is worth the wait after six long years. Aanand L Rai and Krishika Lulla have produced an entertaining film for the family audiences especially who crave to see such films in today’s time.

Undoubtedly the actors are the strongest pillars of the film. To begin with, Abhay Deol just steals the show. No one else could have played this role with such ease as him. No doubt, he is a very picky actor but his film choices are strikingly correct. His soft corner for Happy despite being engaged to Zoya is emotional to see.

Ali Fazal is funny and spontaneous as an idle college dropout. Diana Penty will surely surprise you as a brave Punjabi girl. Diana, who had debuted with ‘Cocktail’, steals the spotlight in every frame. Jimmy Sheirgill once again loses his bride, and makers have encashed this trick very well. One can’t help but feel pity for his character while stepping out of the theatre. Momal Sheikh has few scenes in the film but she is watchable as a possessive classy fiancée.

In spite of a cliched story at hand, Aziz manages to make a film that’s a breezy entertainer. Overall, ‘Happy Bhag Jayegi’ is perfect for a weekend outing with your entire family.