Kubo And The Two Strings: A Mesmerizing, Emotional Animated Film 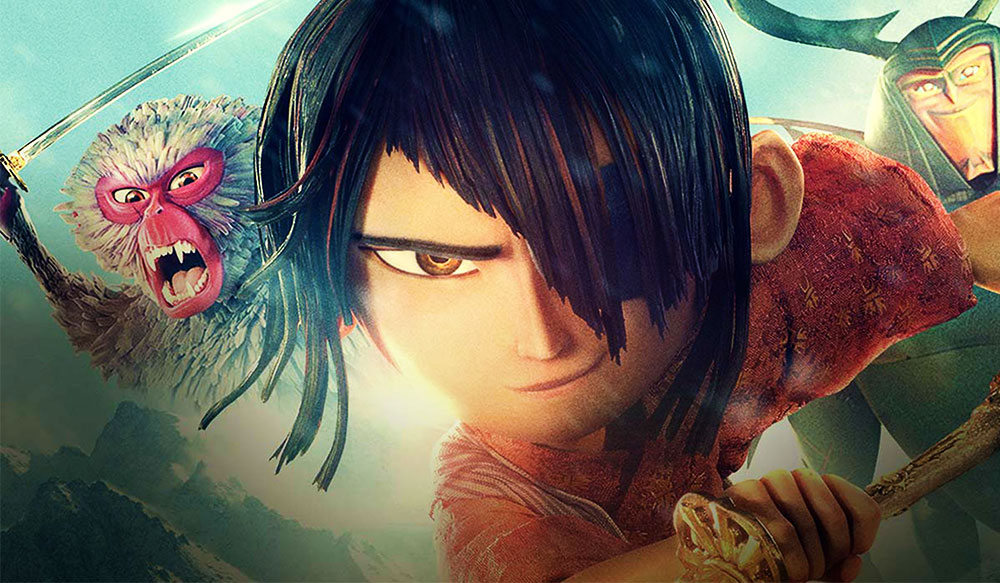 Kubo and the Two Strings has impressive stop-motion animation, a fun voice cast, and a story that will draw in people that like Hayao Miyazaki films, but a slow pace and dreamy tone may lull audiences to sleep while dragging it down overall.

Long ago in ancient Japan, Kubo and his mother lived on the outskirts of a small village. While his mother lived almost constantly in a catatonic state, Kubo earned money in the town by doing magical performances with his guitar and animated origami. However, when his mother would occasionally emerge from her daze, she would tell Kubo stories of his dead Samurai father. She would also warn him not to go out at night for fear that the supernatural Moon King might spot him and try and take Kubo’s other eye.

Inevitably, Kubo fails to follow his mother’s instructions and is caught outside at night. And almost immediately he is attacked by The Sisters, the daughters of the Moon King. As they attack Kubo and the town, his Mother intervenes and saves him using the last of her hidden magical powers.  She gives Kubo wings and he flies away to safety.

When Kubo awakes the next morning, he finds himself joined by a surly talking female monkey. The Monkey tells Kubo that he is in great danger and the only way he can save himself is to find a magical sword, helmet, and armor. It’s the only way he can defend himself against the Moon King, so Kubo goes on a quest to find the magical items with his new companion, but there is more to their story than any of them suspect.

The voice cast is generally quite good. Art Parkinson from Game of Thrones is the voice of Kubo. He well embodies the spirit and determination of the one-eyed hero. Surprisingly, this is the first animated voice performance by Matthew McConaughey and he’s excellent as Beetle. You wouldn’t think an actor with a Texas drawl could pull off a role as a Japanese samurai beetle man, but he manages to make it work. Rooney Mara is creepy in a dual role as The Sisters. She’s likely to give kids nightmares. Her characters also reminded me of Thunder, Rain, and Lightning in Big Trouble in Little China, which was cool. Ralph Fiennes has relatively little screen time as the Moon King, but he makes a big impression with the time he is in the movie. And George Takei has a bit part as the villager Hosato, but he does manage to sneak in an “Oh, my!” line at one point.