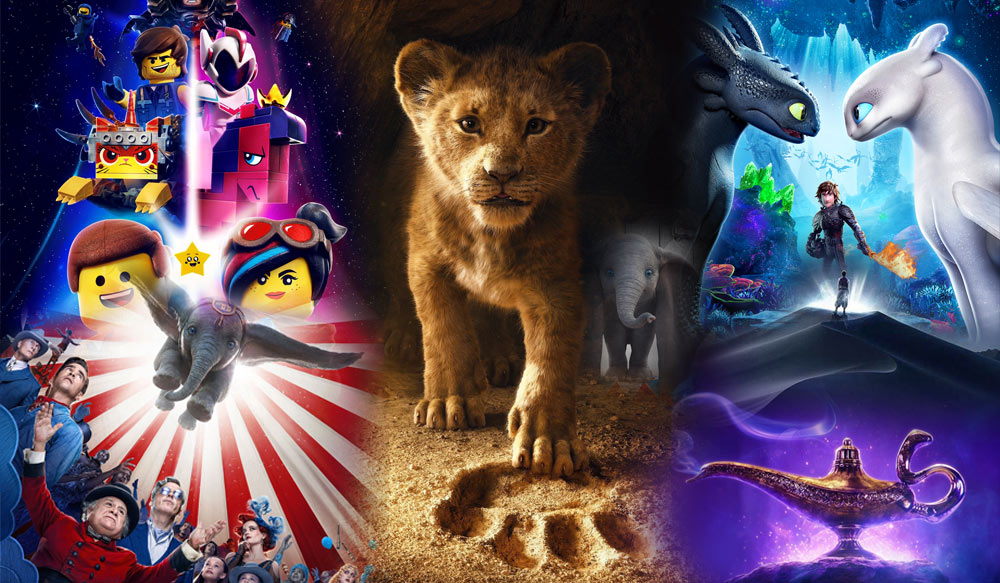 How to Train Your Dragon: The Hidden World

When Hiccup discovers Toothless isn’t the only Night Fury, he must seek “The Hidden World”, a secret Dragon Utopia before a hired tyrant named Grimmel finds it first. As Hiccup fulfills his dream of creating a peaceful dragon utopia, Toothless’ discovery of an untamed, elusive mate draws the Night Fury away. When danger mounts at home and Hiccup’s reign as village chief is tested, both dragon and rider must make impossible decisions to save their kind.

The Lego Movie 2: The Second Part

The much-anticipated sequel to the critically acclaimed, global box office phenomenon that started it all, “The LEGO Movie 2: The Second Part,” reunites the heroes of Bricksburg in an all new action-packed adventure to save their beloved city. It’s been five years since everything was awesome and the citizens are now facing a huge new threat: Lego Duplo® invaders from outer space, wrecking everything faster than it can be rebuilt.

The young elephant, whose oversized ears enable him to fly, helps save a struggling circus, but when the circus plans a new venture, Dumbo and his friends discover dark secrets beneath its shiny veneer. Released in 1941, Dumbo is one of the oldest Disney classics. In fact, it was just Walt Disney Animation Studios’ fourth animated feature ever, preceded by Snow White, Pinocchio, and Fantasia.

A live-action retelling of the 1992 Disney film. Will Smith is stepping into the shoes of the late Robin Williams in Aladdin, playing the Genie in the upcoming live-action reboot. Director Guy Ritchie is swapping the East End for Agrabah, with Mena Massoud set to star in the title role, Power Rangers star Naomi Scott as Princess Jasmine and The Mummy actor Marwan Kenzari as Jafar.

Disney has assembled one of its most impressive voice casts ever for the upcoming Lion King remake, with Donald Glover, Beyoncé, Seth Rogen, Chiwetel Ejiofor, John Oliver and James Earl Jones all attached. The first trailer for the film set pulses racing back in November, with director Jon Favreau already seeming to have captured the imaginations of fans 25 years on from the original animation.