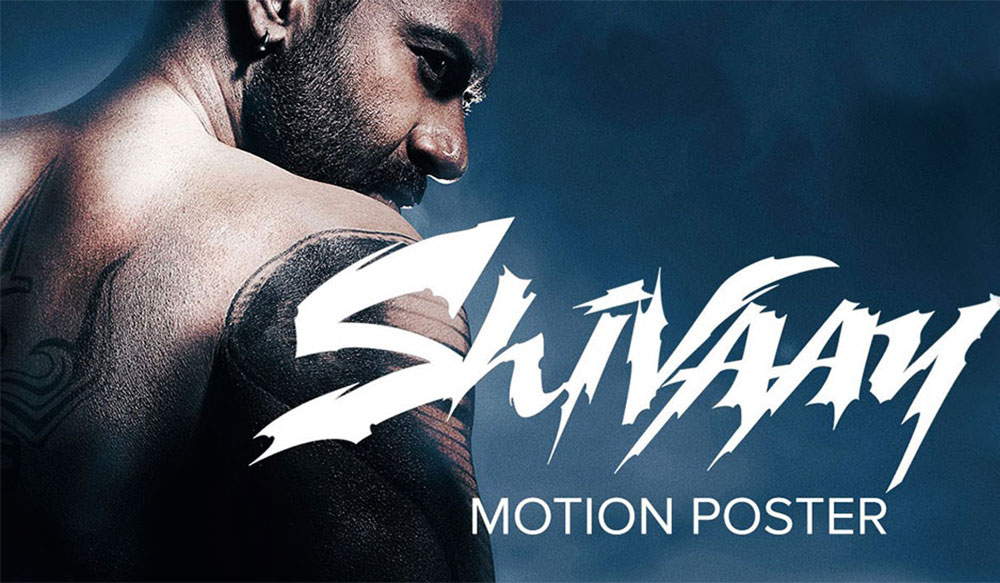 Get ready for the epic adventure in the Himalayas with the most awaited movies of the year- Shivaay. Actor-director Ajay Devgn is back with this intense action drama!

Shivaay is directed and produced by Ajay Devgn under his own production Company Ajay Devgn Films. The movie features Ajay Devgn in lead role, and Sayesha Saigal (Dilip Kumar’s grand-niece) who is making her Bollywood debut.The captivating ‘Shivaay’ trailer is out but the mystery remains intact. The dream project of Ajay Devgn looks mesmerizing to the core with a compact, thrilling plot, mind-blowing chase scenes involving cars, trucks and choppers and of course, Ajay Devgn who is back with a bang in the snow-capped mountains.

Shot extensively in Bulgaria, ‘Shivaay’ seems to be a nail-biting thriller that is yet to throw light on the intense story that also stars child actor Abigail Eames, Ali Kazmi as Major Khan, Vir Das and Erika Kaar. The on-the-edge action scenes over the mountains and down the cliffs promise some never-seen-before adrenaline pumping experience in the movie theatres this October.

Shivaay is a Himalayan mountaineer who is an innocent and yet is capable of transforming into a mean destroyer when he needs to protect his family.

Shivaay sports a Snake Tatoo, a Trishul Tatoo, dresses cool grunge, his demeanor is Calm Before the Storm, with abundant held energy, can pre-empt nature, his observation skills are as developed as his brawn. His Anger is channelized for a larger common good.

He lives by the leitmotif that destiny is pre-written. The avid risk savvy mountaineer, a hiking trainer, he is leading a simple peaceful life in the lap of the Himalayas until one fine day he is pushed to leave his comfort zone to protect his family.

Challenged at every step, he must now use all his faculties to defeat evil. When faced with a large mass of faceless villains spread all over the world, and pushed against nihilism, Shivaay becomes a DESTROYER.