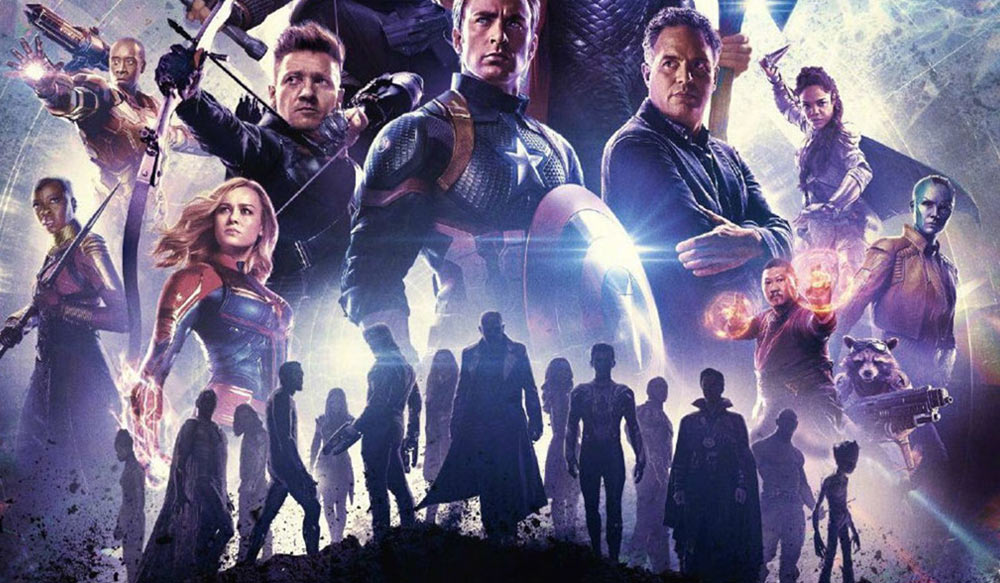 The 22nd instalment of the Marvel series, Avengers: Endgame, brings all your favourite superheroes managing multiple storylines that culminate in a thrilling and fantastic ending. 11 years after Iron Man kicked things off in 2008, Endgame ties together all the preceding events and concludes the Marvel Cinematic Universe’s Infinity saga.

Directed by the Russo brothers, Joe and Anthony, the movie is the pitch-perfect condensation of the beloved comic book characters – Captain America, Thor, Hulk, Black Panther, Spider-Man and others. Emotional complexity takes over this last instalment including a lot of callbacks to past events and storylines, unlike in the previous action-driven CGI blockbusters. Powerful emotional meetings occur while the superheroes journey back and forth through space and time.

Thanos whose utilitarian moral principles had him halving the universe’s population of living things with a single finger snap in the shockingly bleak ending of the last chapter, Avengers: Infinity War. Things pick up where they left off in Avengers Infinity War, as the world deals with the consequences of the snap.

The last remaining Avengers, including a beaten down Iron Man (Robert Downey Jr.), a depressed Thor (Chris Hemsworth), Captain America (Chris Evans), Hulk (Mark Ruffalo), and Black Widow (Scarlett Johansson), reassemble and try to figure out how to undo the damage caused by Thanos in order to save half of the human world. Endgame takes an easy shortcut to its time travel machinations and provides little conflict along the way to minimise time taken away from the cameos, chance encounters and its reconfiguration of memorable MCU moments.

Endgame’s best parts consist almost entirely of the downtime scenes that were always—the Avengers hanging out, dunking on each other’s outsized egos, indulging in passive-aggressive dominance displays disguised as banter, or casually offering each other peanut butter sandwiches. This impressive instalment, scripted by MCU veterans Christopher Markus and Stephen McFeely, manages to fit a spectacular amount of action and plots in its allocated time—impressive action scenes, serious dramatic storytelling, some touches of light romance, and a surprising amount of what you might call well-earned brooding, not just on the parts of the heroes but of the villain too.

Endgame runs over three hours long, but it is entertaining throughout with surprising strong moments, comic relief and a massive climatic battle. Avengers: Endgame highlights the fact that under their armour, morals and sacrifices, at their core its superheroes are as humane as us. Sheltered under a brand of coherent character arcs, the movie comes across as an incredibly impressive representation of a promise fulfilled.