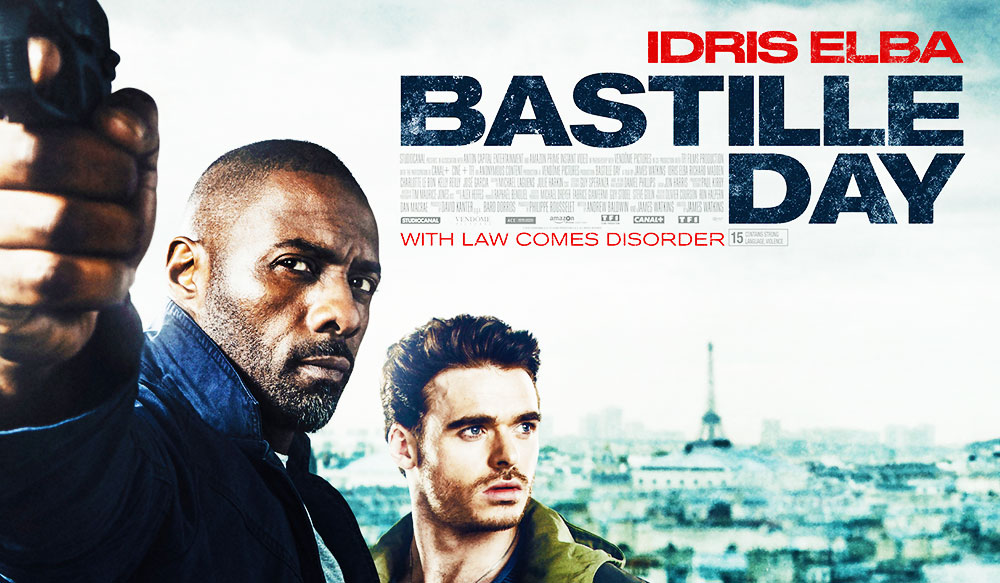 When career pickpocket Michael Mason steals a handbag filled with explosives, he becomes the lead suspect in a terror plot which threatens to plunge Paris into chaos.

CIA agent Sean Briar (Idris Elba) is the man tasked with apprehending Mason (played by Richard Madden from TV’s Game of Thrones), but when a routine arrest goes south, Briar begins to suspect there is more to the case.

As the city counts down to the Bastille Day holiday, he enlists the unwilling Mason to help him uncover the truth and the two are soon caught up in an intricate web of terrorism and corruption.

Written and directed by James Watkins (The Woman in Black), Bastille Day is a pretty typical terrorist-versus-cop action movie, delivering all the explosive car chases and impressive gun fights audiences have come to expect from this genre. But there is also a hint of comedy woven into the story, which complements – rather than detracts from – the movie’s adrenaline-fuelled pace.

Elba presents the stereotypically hardened cop Briar as an imposing man whose unconventional methods and refusal to “play by the rules” see him constantly at odds with his superiors. The actor’s edgy performance makes it possible to overlook the clichéd nature of his role.

Madden, meanwhile, is thoroughly entertaining as the hapless Mason, and the awkward chemistry between the two men drives much of the film’s comic relief. Charlotte Le Bon (The Hundred-Foot Journey) stars as Zoe, a naïve young woman embroiled in a terrorist plot, while Kelly Reilly (Sherlock Holmes, Flight) plays Briar’s boss.

Featuring a talented cast and the perfect mix of action and comedy,Bastille Day is a cleverly crafted film filled with entertaining plot twists and shady characters.