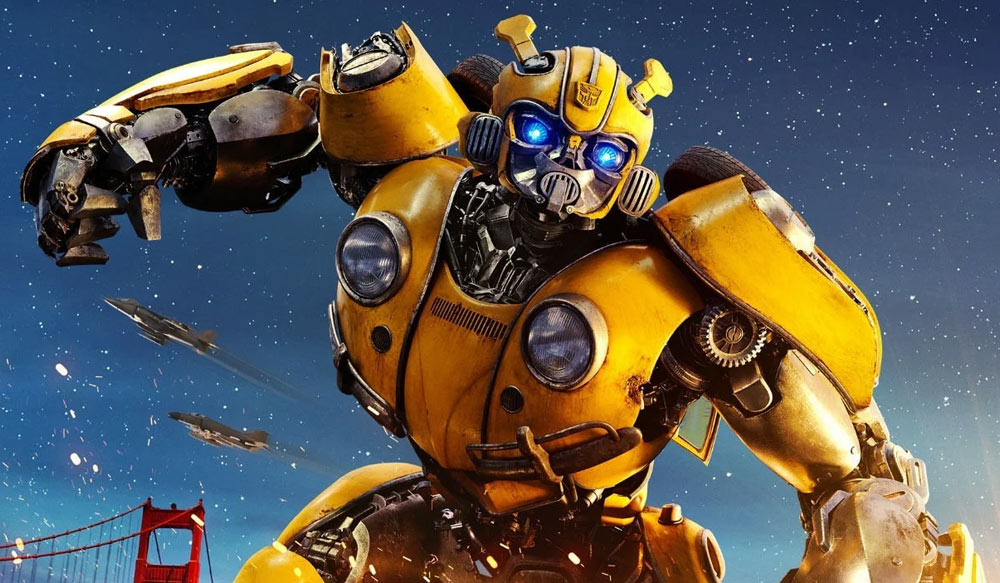 The Transformers spinoff about Bumblebee takes place in 1987. The movie opens with a war being waged on the planet Cybertron against the Autobots, a race of alien robots with the ability to transform into cars, by Decepticons, a race of alien robots who can transform into planes. Bumblebee is assigned the mission to find them a refuge on Earth by the Autobots’ leader, Optimus Prime.

After nearly being wiped out by Decepticons shortly after his arrival, an event witnessed by government agent Jack Burns (John Cena), Bumblebee is chased by the U.S. military, and stripped of his voice synthesizer, ending up comatose in the form of a Volkswagen Beetle in a junkyard. He is then rescued by a teenage girl named Charlie Watson (Hailee Steinfeld) and her friend Memo (Jorge Lendeborg Jr.).

The plot revolves mainly around the bond that grows between Charlie and Bumblebee. She finds a friend and confidante in him as she finds herself alone and pressured by her mother and stepfather to get over her father’s passing. Her struggles and general alienation make her the perfect human counterpart to Bumblebee, who is himself isolated and lost on a new planet.

Steinfeld is by far the most satisfactory lead actor than any of the former Transformers films have ever had, bringing a mild vulnerability under the hard edges that’s actually sympathetic compared to Shia LaBeouf’s bland character.

John Cena capitalises on his screen time with a goofy, muscular persona hitting off great one-liners and witticisms, while also nailing the antagonist part of his character by convincing his team that destroying “Bumblebee” is the necessary action to take. Jorge Lendeborg, Jr. is the clumsy neighbour with an unrequited crush on Charlie, who wriggles his way into Charlie’s life, and soon finds himself caught up in Charlie, Bumblebee, and all the adventures that ensue from that.

Director Travis Knight (the animator behind the extraordinary animated movie Kubo and the Two Strings) and screenwriter Christina Hodson (the sole scripter) have struck the right balance with excellent use of CGI effects and heartfelt human performances to make a really enjoyable movie.