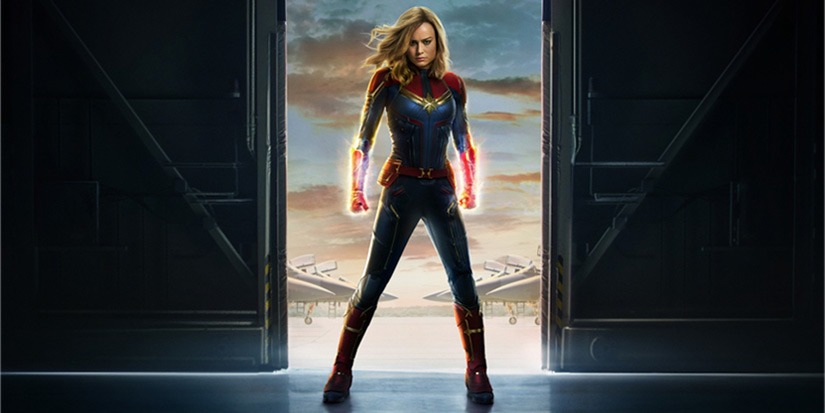 Crash Down to Earth with Captain Marvel

When Carol Danvers first appeared on the big screen, the anticipation for seeing the most powerful character on screen was unbelievable but also very doubtful. Before we would always think that the competition was only ever between the Norse God Thor and the raging beast Hulk. When Marvel head Kevin Feige announced that Captain Marvel would be the most powerful character in the Marvel Cinematic Universe to date, you cannot help but have mixed feelings about it. On one hand, the cinematic superpower known as Marvel Studios is gracing your eyes with true overpowered splendour but then on the other hand, we have spent so much time getting to know all the other characters and all their attributes and skills. For us, to have a new overpowered addition to the roster of heroes nullifying everyone else just felt underwhelming. Since this is her movie though, the other Marvel heroes are not our concern and all we want to see is a powerful woman doing some serious damage. 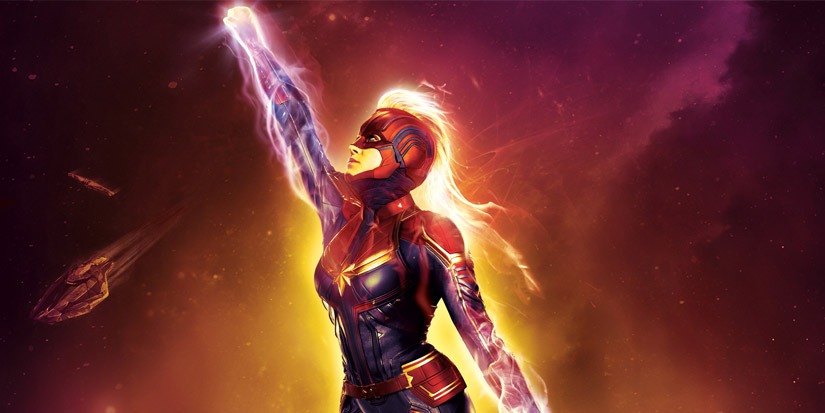 With Brie Larson taking flight as Captain Marvel, the movie follows her origin story from how she started as a fighter pilot for the US Air Force onto being ‘born again’ from the Tesseract to become the powerful being she is now. We open with her on the Kree empire training with her mentor Yon-Rogg (Jude Law) teaching her how to keep her powers under control. We are then thrusted into the Kree vs Skrull war. The Skrulls are shown to be this evil race (similar to the comics) of shapeshifters that are battling it out with the Kree species even though the audience never gets to know what exactly these two are fighting about immediately. It is here that we get a first glimpse of what Vers can do when she escapes captivity from the Skrull and finds herself on Earth. Not knowing about her past, the environment is unfamiliar to her but only one thing is certain: how to get off the planet. It is from here that the movies’ pace is now firmly set. We meet a younger Nick Fury (Samuel L Jackson) and fan favourite Agent Coulson (Clark Gregg) who are meeting extra-terrestrial beings for the first time. 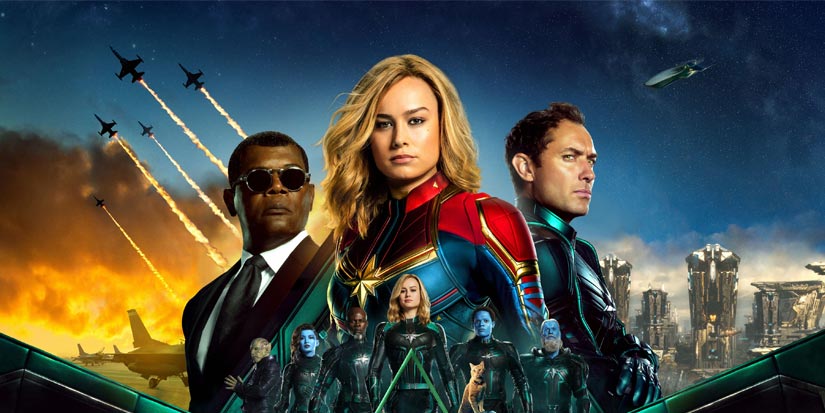 On the other end, we have Talos (Ben Mendelsohn) leading a group of Skrulls to track down Vers as she has memories that they need her for the supposed location of the Tesseract. She also has fragmented memories from her past that need to be pieced together. With the Skrulls infiltrating high positions of power across the government, S.H.I.E.L.D seems compromised with alien life and Fury and Danvers have to search and secure the Tesseract before the Skrulls are able to acquire it. The movie possesses a lot of back and forth banter between its stars and the CGI that is in the movie, notable mention being the de-ageing of Samuel L. Jackson for the setting, are very believable.

Catch all the action on 16 November 219, at Ciné Sous Les Étoiles. You can book your tickets here: Captain Marvel

The movie’s focus on the two timelines being Carol’s past and the present show how Carol is yet to realize who she is. As the audience we are riding along on the coming of age story, her realising that the Skrulls have only been fighting for survival and the Kree wanting to wipe them out. Her final showpiece is just raw power being channeled towards the destruction of the Kree for holding her back and deceiving her all this time. Sure, the movie was not to everyone’s liking because of Brie Larson as an actress and what was mentioned before, with her being the most overpowered. It is a strong origin story that ties in a lot of different theories fans have had about the MCU and the spectacle of power in the movie is just amazing to watch. 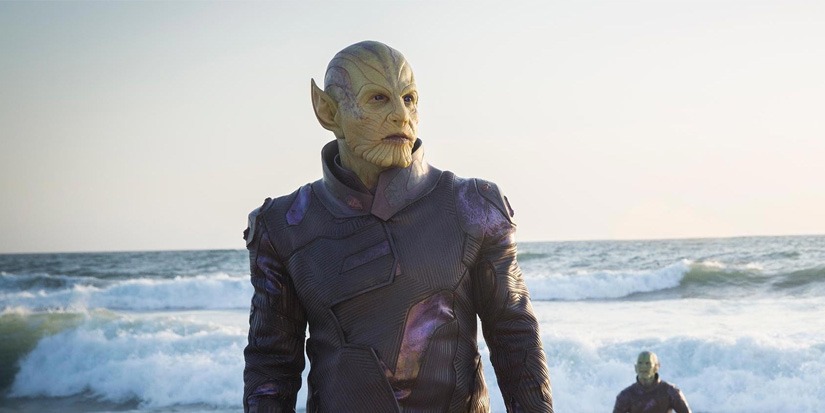 And what better way to watch such power on display than at Ciné Sous Les Etoiles that will be screening the movie on the 16th of November! Book your tickets here: Cine Sous Les Etoiles – Captain Marvel