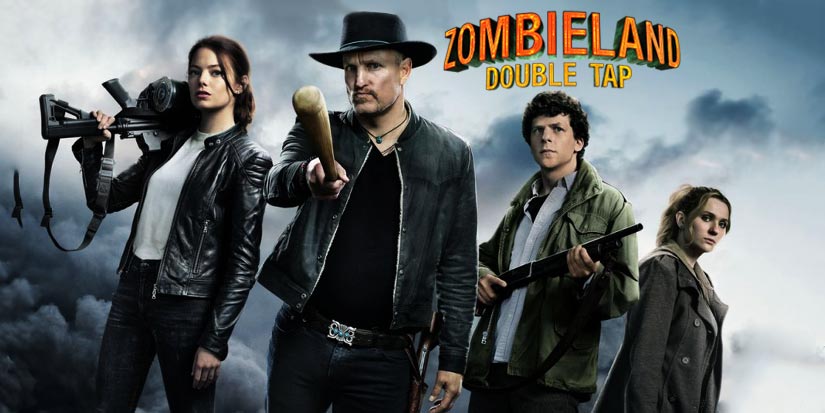 Zombieland, a cult classic about killing zombies and surviving against anything and everything knowing it is trying to kill you. It was about the survival of the fittest and yet also knowing that sometimes you cannot survive on your own, trust nobody during times of stress and DO NOT PLAY ZOMBIE PRANKS ON PEOPLE unless you wish to see brains all over the floor. The second movie looks to elevate where they left off with the group now looking more unified and killing zombies with ease and almost a bit of finesse. It’s time to Nut Up and get straight into this review.

With its entire original cast of Jesse Eisenberg (Columbus), Woody Harrelson (Tallahassee), Emma Stone (Wichita) and Abigail Breslin (Little Rock) returning for the sequel, the tone of the movie already has a lot of giggles and light hearted feeling to it as the first film did. Having the movie title base off one of Columbus’s rules (Double Tap) was a quick way of noting how their survival tactics in the first movie helped them survive for a whole decade up until the release of the second film. Leaving beside the fact that Eisenberg and Harrelson do not look like they have aged in a decade, the consistency of the characters between the two movies has this nostalgic feeling of the first movie whilst you are enjoying the slaughter of the second movie. Chasing across the country after Little Rock runs away with a hippie stoner Berkeley (Avan Jogia), the crew meet a dumb blonde Madison who ends up joining them on their quest to go and get their family member back. 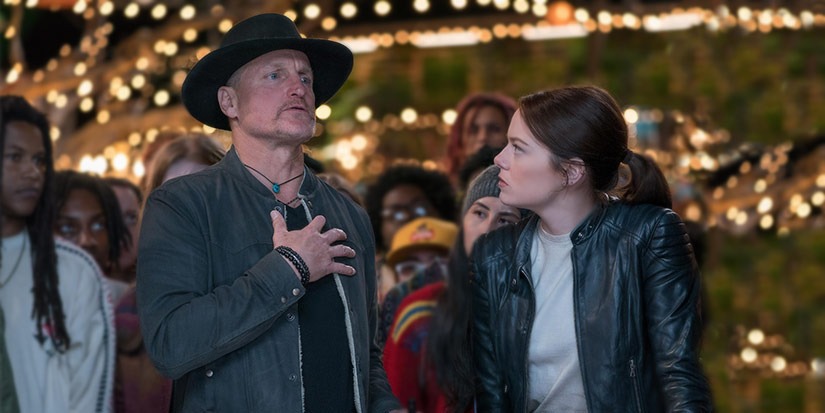 With multiple scenes of trouble making and unfiltered dialogue, Zombieland does not fail in making an entertaining film for fans of the movie. However, the whole zombie apocalypse vibe that kick started in 2009 has worn out in mainstream media with multiple movies, video games and TV shows all having seriously overused the zombie trope and when Zombieland 2 was first announced all you could really think of is how it could have come out earlier. Maybe Zombie land would have been a staple of pop culture over this last decade if it came out maybe eight years earlier; we will never know.

If you want to reminisce on a movie that made your childhood or early adulthood and get your nostalgia juices flowing then this movie does very well in carrying the energy between the first and second movie. Watch Zombieland: Double Tap in cinemas now! 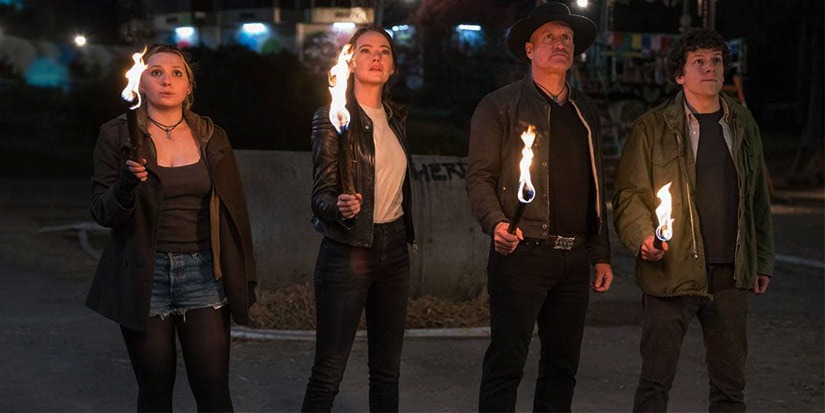