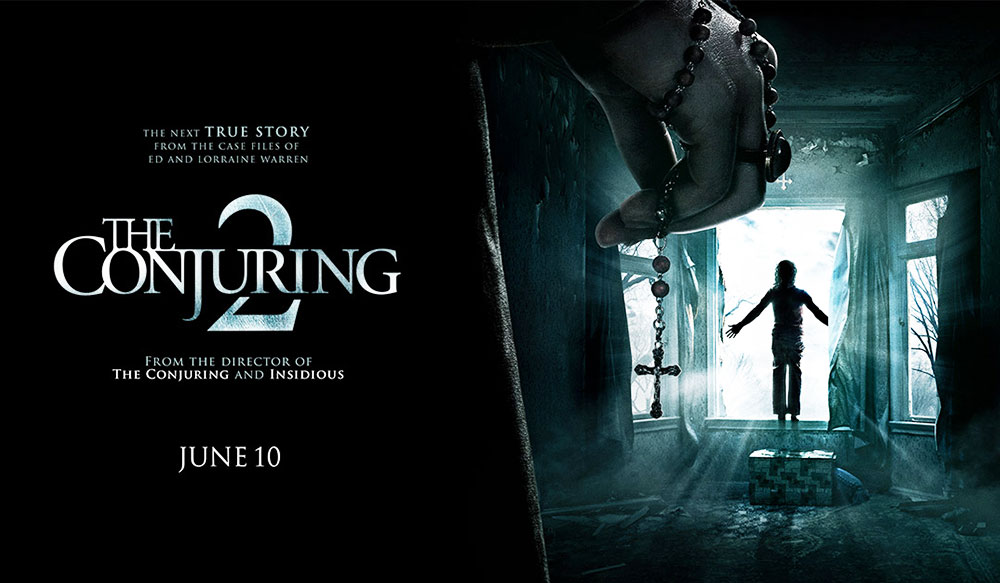 You will be compelled to shriek. You might even want to cry or cling to your chair. The most awaited supernatural thriller The Conjuring 2 is currently being played at the Star cinemas. Tightly plotted, the character-driven old-school horror film is fueled by chills and the intricate camera of horror buff James Wan. The Director has delivered what should rightfully be considered his masterpiece.

It is the sequel to the 2013 film The Conjuring, and is the second installment in The Conjuring film series. Patrick Wilson and Vera Farmiga reprise their roles as paranormal investigators and authors Ed and Lorraine Warren from the first film. The film follows the Warrens as they travel to England to assist the Hodgson family, who are experiencing poltergeist activity at their Brimsdown, Enfield council house in 1977. The Conjuring 2 was released in the United States on June 10, 2016. The film received generally positive reviews from critics and has grossed over $245 million worldwide.

The film is set in 1977. The Hodgson family begins to discover strange occurrences within their home in London, England. Janet, the second oldest of four children, is seen sleepwalking and conversing in her dreams with an entity who insists that the house is his. Eventually, all siblings of the house and their mother Peggy witness paranormal events occurring right before their eyes, forcing them to seek refuge with their neighbours. When the media attempts to interview the Hodgsons, Janet is possessed by the spirit of Bill Wilkins, an older man who previously lived and died in the house, and who wants to claim his territory. As Janet begins to show more signs of demonic possession, the story eventually reaches the Warrens, who are requested to assist the local church in the investigation.

Ed and Lorraine Warren make The Conjuring and its sequel damn refreshing. This is the rare horror story whose central heroes are the main draw. They are everything that most horror protagonists are not. They are smart. They’re on the same page. They do not underestimate the threat at hand. It’s telling that both of these 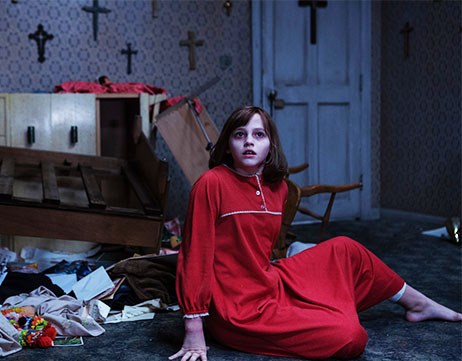 movies spend a long time establishing a family being haunted and terrorized by supernatural forces before bringing these two directly into the main plot.

Once they arrive, stuff starts to get done. For a genre that so often relies on everyone on screen being a total idiot, the competence of the Warrens is refreshing.Neither of their films have treated them as superhuman and they are not immune to fear, but they have the steady calm and professionalism of people who have been doing this for years.

They’re fun to watch because they are recognizably human and because they are fairly normal people who just so happen to be extraordinarily good at their very unusual job. It helps that each one is an expert in different corners of paranormal research.They function as a team because their work constantly highlights how their different areas of expertise complement one another.

“Everybody has fears”, says the Director

In an article on pop.inquirer.net, James Wan declares that his job is “to tie into the collective subconscious and into our greatest fears“. He added that “these are things that really happened, that really happen, and that makes them that much more terrifying.”

Man dies while watching The Conjuring 2 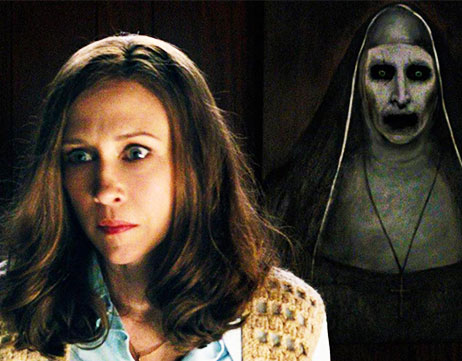 The Times of India reported that a 65-year-old man died while watching The Conjuring 2 in a cinema theatre in Tiruvannamalai Town soon after the release of the movie in India. According to police, two persons, both native of Andhra Pradesh, had gone to watch the night show of the newly released horror movie. While watching the climax of the movie, one of them complained of chest pain and fainted. He was rushed to the Old Government Hospital where the doctors declared him brought dead.

The paramedical staff in the hospital asked the person to take the body to the Tiruvannamalai Government Medical College Hospital on the outskirts of the Town for postmortem. However, he disappeared with the deceased’s body. The police are inquiring with the auto drivers and lodges in the town to establish the identity of the deceased.