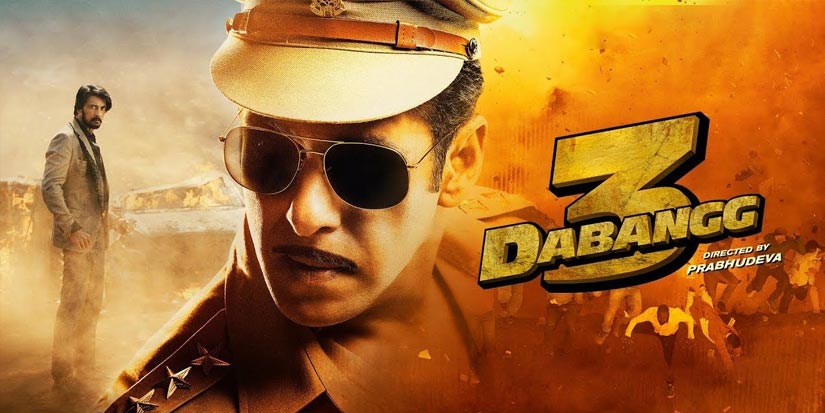 Salman Khan’s career got a new lease on life with Wanted in 2009, but it was Dabangg, released a year later, that cemented his claim to the top spot. His Chulbul Pandey act made the movie a massive hit, which was consequently followed by a sequel in 2012, to repeat the blockbuster’s commercial success. Now seven years later, Chulbul Pandey is back in Dabangg 3 with director Prabhudheva at the helm.

In the third instalment of the Dabangg series, Robinhood cop Pandeyji, now the SP of a town named Tundla, is back with more action, unique mannerisms and drama. The film opens with a trademark action sequence backed by Sajid-Wajid’s title tune ‘Hud Hud Dabangg’. Chulbul takes his shirt off, flaunts his abs and throws some raw punches, busting a human trafficking racket managed by Chinti Valia (Dolly Bindra). This brings him in the crosshairs of his nemesis Bali Singh (Kichcha Sudeepa). 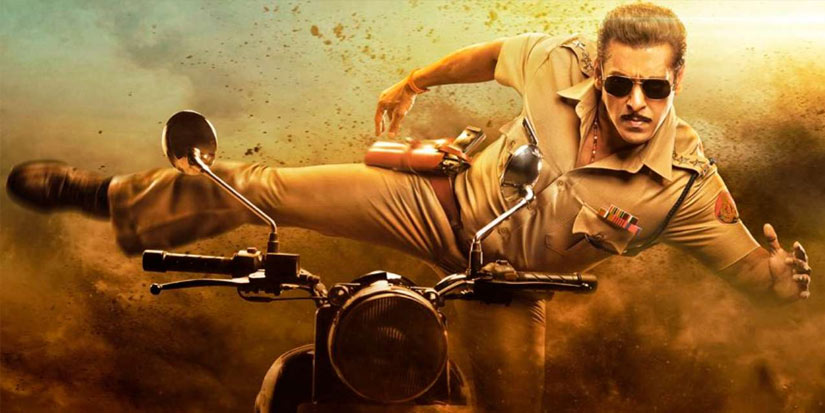 The story then goes into flashback mode. We learn about a time when Chulbul was actually called Dhaakar and how he fell for Khushi (Saiee M Manjrekar). He meets her and wins her heart with his progressive thoughts and of course, style. And later at the insistence of Khushi, he changes his name to Chulbul. Everything runs smoothly, until Bali Singh bumps into Khushi and also falls for her. Trouble comes when he learns that Khushi is madly in love with Chulbul. In a fit of rage, Bali kills her in front of the latter, who is then jailed for the murder of Khushi and her parents.

In prison, Chulbul comes across the police officer Satyendra Singh (Sharat Saxena), who helps get him acquitted and also becomes the reason behind him joining the police force. As soon as he turns into a cop under the name of Chulbul Pandey, the first thing he does is to throw Bali Singh down a cliff. He is presumed to be dead. Hence, Chulbul is later shocked that Bali survived and is now back to confront him. What happens next forms the rest of the film.

While the story is predictable, Dabangg 3 also takes the audience on a rollercoaster ride from Chulbul’s origin story and the circumstances that led to his metamorphosis to the present day when the past comes back to haunt him. Overall, the film has all the ingredients required for a wholesome quintessential bollywood entertainer — good action, music, drama and, of course, Salman packing all of this in one story.