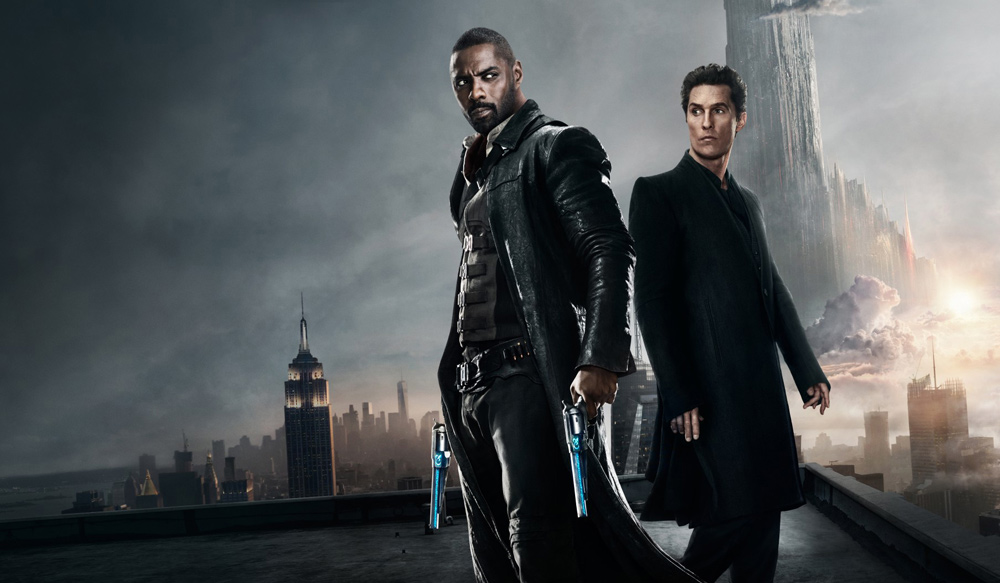 Based on Stephen King’s Dark Tower book series, “The Dark Tower” is a fun fantasy that evokes a 1980s adventure vibe, and feels like a close cousin to the popular Netflix series “Stranger Things.”

The film’s title refers to a magic tower at the center of the universe that keeps evil at bay. Its lone vulnerability is the mind power of certain gifted children, so an evil sorcerer in black named Walter (Matthew McConaughey) has been kidnapping preteens to power a weapon that will destroy the tower.

This back story leads us to Jake Chambers (Tom Taylor), a young boy in New York City who is being tormented by regular visions of the tower, as well as the Man in Black. His mother, Laurie (Katheryn Winnick), and therapist Dr. Hotchkiss (José Zúñiga) believe the visions – which he illustrates and plasters all over his wall-are the traumatic result of his firefighter father’s recent death. But when a pair of Walter’s followers try to kidnap him while posing as mental health workers, Jake realizes his visions are very real.

A quick getaway leads Jake to an old home in Brooklyn, where a secret portal transports him to a different world. There, he meets a bitter rogue named Roland Deschain (Idris Elba). Roland is the last of a line of Gunslingers, special guardians appointed to defend the Dark Tower from evil forces. Walter killed Roland’s father, Steven (Dennis Haysbert), years earlier, and the Gunslinger has been seeking revenge ever since.

Eventually, Walter discovers that Jake is an especially rare case, even among other gifted children. His “shine” – or psychic capacity – is especially acute, and his purity is powerful enough to resist Walter’s magic powers of suggestion. So the hunt intensifies as Roland reluctantly takes Jake under his wing.

The back-and-forth chase between different worlds – eventually Jake and Roland return to New York City to face Walter – makes for a lot of fun action sequences that feature some entertaining special effects. Younger audiences should enjoy getting behind Jake’s youthful, misfit protagonist, and older audiences will note a similar vibe to 1980s fantasy adventures like “The NeverEnding Story.” (Considering the first books in the series were written in the 1980s, this may not come as a surprise.)

Though the film is not meant to be a strict retelling of King’s original source material, fans of the veteran horror (or in this case, sci-fi/fantasy) writer will find numerous winking references to King’s other works, such as the name “Pennywise” twisted among some amusement park wreckage, or a passing background shot of an old Rita Hayworth poster. Then, of course, there’s the whole “shine” concept.

While heavy on violent content, director Nikolaj Arcel keeps things bloodless enough to stay in PG-13 territory – pretty far from your normal big screen King fare – and there’s just enough of a campy vibe to remind viewers that adults are probably not the primary audience here. “The Dark Tower” occasionally suffers from some stiff acting, and some fans may feel that McConaughey and Elba are underused, but its total product is enough fun to qualify as the escapist adventure fantasy it wants to be.

It may not be the total realization of the King series fans might want, but “The Dark Tower” is a nice kid-friendly action piece that will let audiences hold onto summer a little longer, at least until the evil forces of the new school year can no longer be kept at bay.