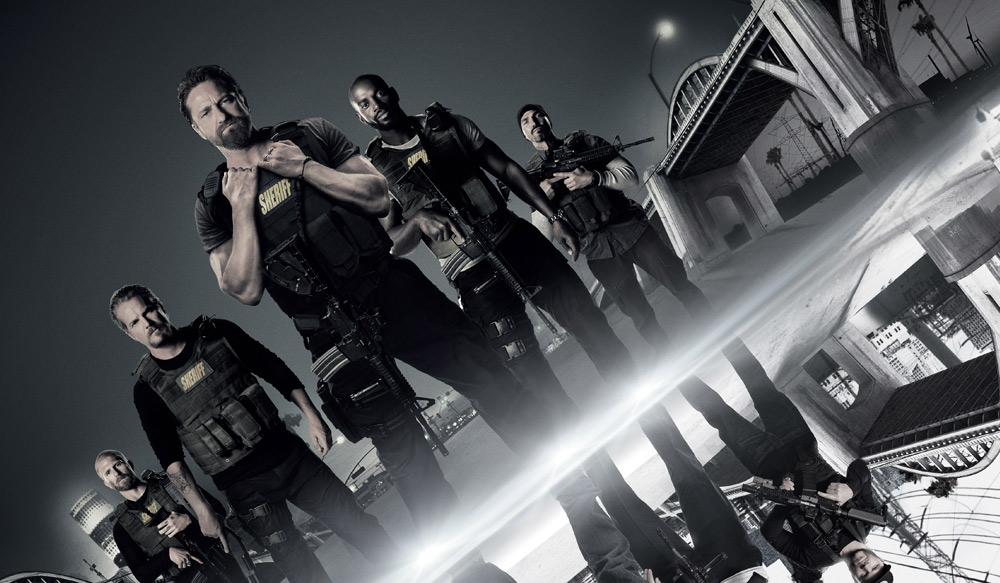 Den of Thieves is the directorial debut of screenwriter Christian Gudegast. The movie follows the split perspective of a group of criminals plotting a crime and on the other side, the police attempting to prevent it.

The criminal gang includes Merrimen, played by Pablo Schreiber (Orange is the New Black), Levi (50 Cent) and Donnie (O’Shea Jackson Jr.). With his history of successful bank robberies, Merrimen’s comes up with a big plan to crash

the money-shredding operations of the Federal Reserve and pocket the 30 million dollars in old, out-of-circulation 100-dollar notes before they get shredded.

A match of wits ensues between him and Nick Flanagan (Gerard Butler), the head of the L.A. Sheriff Department’s Major Crimes Unit. While Merimen is a former soldier turned unhinged criminal, Nick is an unorthodox law enforcer prone to moody outbursts.

Den of Thieves will keep you hooked thanks to a script rich in logistical detail and action scenes that have real impact. The other noteworthy moment is the character played by Curtis Jackson (50 Cent) switching from a menacing criminal to a protective dad in a special father-daughter scene. He comes off as natural onscreen, pulling off the dramatic scenes with ease and his comic timing is impeccable.

It’s almost bad that the film decides to focus more on its darker and heavier themes, refusing to give the audience more humor. The heist itself falls flat as it lacks tension and pace, which are both crucial elements. The movie’s best scenes are a clever wordless confrontation between Big Nick and Merrimen at a gun range and the inevitable climactic shoot-out on a traffic-jammed highway on-ramp.

Den of Thieves is a long journey with a few good moments along the way but the end is sadly unsatisfying.