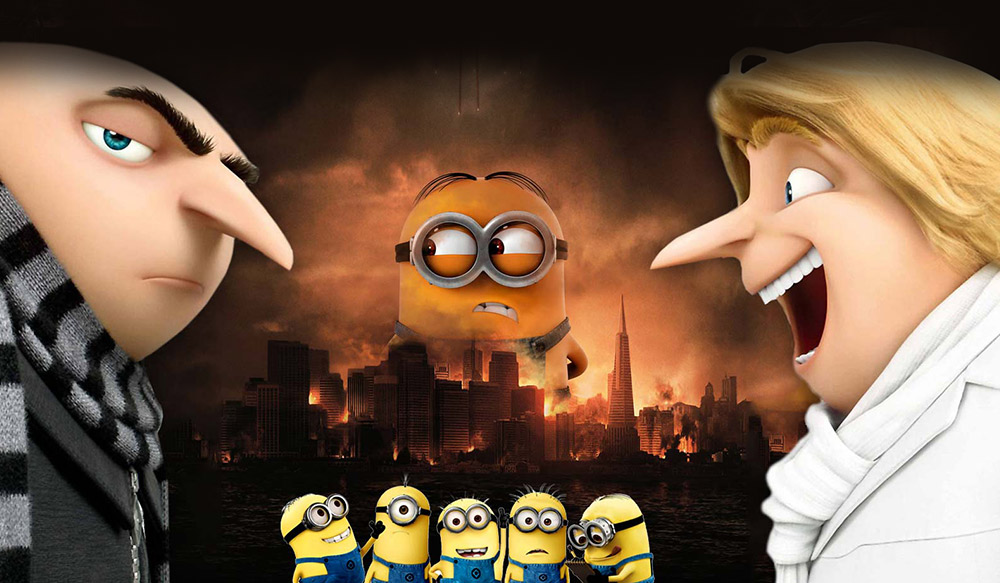 The latest instalment of the “Despicable Me” franchise is an odd mixture of several elements including outsized action, dated references and a series of gags which mostly fall flat. Directors Pierre Coffin and Kyle Balda, along with co-director Eric Guillon, bring back Gru (voiced by Steve Carell) in his established role as a reformed villain working as an agent for the Anti-Villain League (AVL) with his wife, Lucy (voiced by Kristen Wiig).

After failing to catch the ruling villain Balthazar Bratt as he gets away with a heist (voiced by the co-creator of “South Park”, Trey Parker), the two agents lose their jobs, Gru spends more time with his three girls and is soon confronted with some unexpected news; his long-lost twin brother named Dru wants to meet him. The narrative thread then unravels several courses of action for all the characters. The so-far faithful minions decide to go off on their own, abandoning Gru, while the latter decides to reconnect with his lost sibling, Dru. Lucy on the other hand, struggles with the concept of motherhood and the girls, each grapple with their own issues.

Dru, lives a very rich life but has secret aspirations of his own that involve taking Gru back to his former ways. Keen on re-establishing the family tradition of supervillainy that Gru has turned his back on, Dru attempts to motivate and help him. However unbeknownst to Gru, Dru has an agenda of his own. Gru aims to kill two birds with one stone by tricking his sibling into helping him steal a gem from Balthazar to get back into his old boss’ good grace.

Gru also discovers that his, mother Marlena (voiced by Julie Andrews) had to separate the twins after birth as part of a custody agreement. Subsequently, Gru’s father did not “die of disappointment” after his birth, as he was previously told, but went on to raise Dru on the island of Freedonia.

The movie is quite fast paced and jumps from one character’s storyline to another with little to no transition period, hence making it feel quite cluttered. On the plus side however, there is something for everyone.

Despicable Me 3 is not the franchise’s best movie but is watchable for the sake of the likable characters.