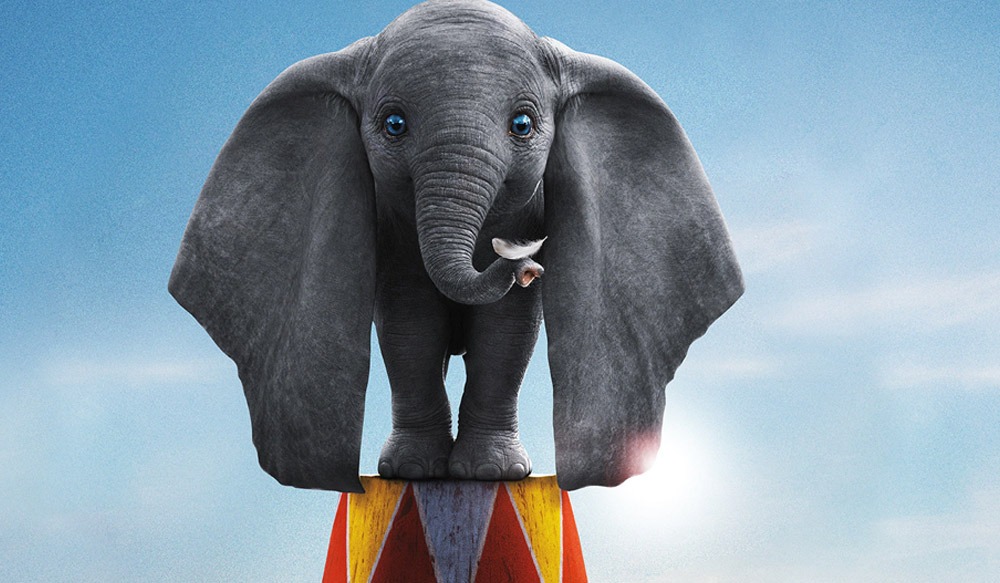 The remake of Disney’s “Dumbo” by Tim Burton and screenwriter Ehren Kruger re-imagines a live-action form of the 1941 animated Disney classic that engenders a sense of amazement.

It is the most family-friendly movie of Burton, set in 1919 and built around a human family of two young children, Milly and Joe (Nico Parker and Finley Hobbins), and their father, Holt Farrier (Colin Farrell), a circus performer who fought in World War I.

With Holt having lost an arm in combat, his wife having died in a deadly influenza epidemic and the kids having been raised during their father’s absence by his circus-performer friends, the Farriers are a damaged family. Caring for Dumbo helps them heal since he is essentially a kid himself, with his innocence and yearning for his mother’s love.

Dumbo finds its emotional core through the budding friendship between Dumbo and the children. His character is rendered exceedingly cute with photorealism fine-tuned to increase the animal’s adorability quotient. Dumbo is also a damaged creature, being mercilessly mocked for his outsized ears and being forcibly separated from his mother. The movie revolves around his path to a hoped-for mother and child reunion. Dumbo’s motivation for performing is the idea that he will one day be reunited with his mother. Emotions are also explored through the parent and child bond- Holt learns how to parent Milly and Joe.

Tim Burton’s Dumbo is more complex and darker than the original animated tale. He introduces several new characters and intricacies, accompanied by excessive social commentary and a cameo by a pop culture figure. Eva Green, a Burton favourite, plays the French aerial artist Colette, who is to be teamed with Dumbo. Colette’s journey also makes for one of the delightful aspects of the story.

With gorgeous production design and a retro-futuristic aesthetic, the movie is a visual treat with wit and emotion to boot. This remake is however lined with thin layers of Burton’s trademark macabre sensibility, which adds sharpness to the inherent light-hearted charm of the story. Tim Burton puts his distinguishable touch on the reboot of the 1941 animated Disney classic and makes it his. With the talking animals excluded and the finale tweaked, this is more of a Tim Burton movie than a Disney movie, though all the traditional Disney values that parents have come to rely on over the years- about friendship and families, have been embodied into the movie.