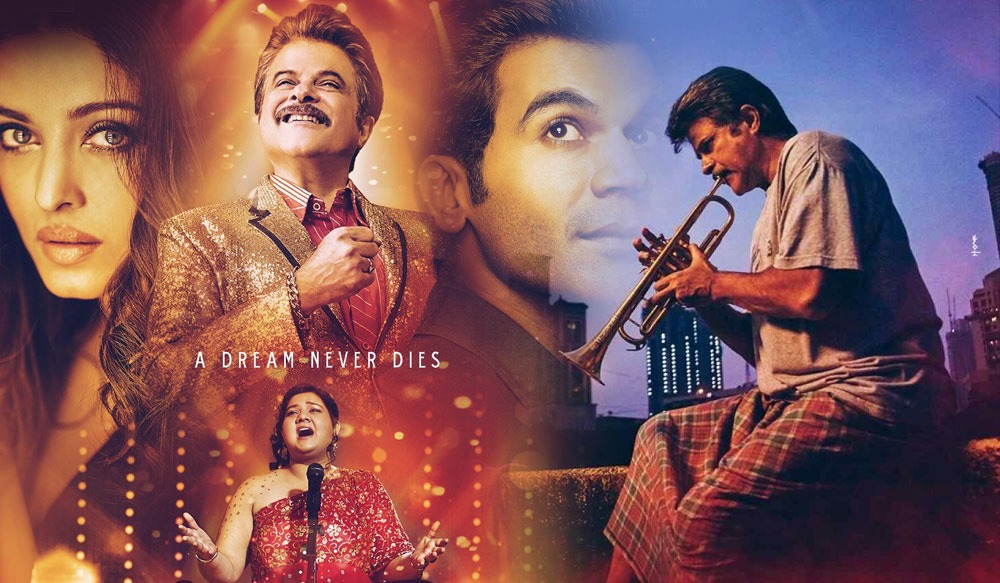 ‘Fanney Khan’ is a story of hopes, dreams and relationships- a remake of the 2002 Oscar nominated Belgian film “Everybody’s Famous”.

The film starts by toplining some real, serious concerns: how body image has become such a huge part of celebrity culture, how fat-shaming can be the worst thing for a young person and how much pressure there is around the whole circus of being famous.

The middle-aged father of a young, aspiring, and overweight teenage girl who will stop nothing to see his daughter on the grand stage as the next singing sensation of India . He kidnaps a famous soloist to make way for his daughter to become a singer.

Fanney Khan is about the unintentional damage that the little people in life chew up and spit out. They are the ones who lose their jobs after dishonouring bank loans. They live in chawls and shanties dwarfed by the skyscrapers towering above them. But they have dreams and that is what gets them out of bed and back into the rat race every day.

Anil Kapoor’s Fanney Khan is one such man. Nearing 50, he is the musical star of his chawl. Like the glittered golden jacket he insists on wearing when he makes music, his dreams have frayed at the edges. At night, he dreams with his eyes open. He couldn’t become Mohammad Rafi, but harbours a dream of his daughter becoming Lata Mangeshkar. Prashant Sharma (Anil Kapoor) popularly known as Fanney Khan among his gulley friends, works hard to make ends meet, idolises Shammi Kapoor and lives only for his dream of superstardom. He fails to achieve that and hence pins his hopes on his new-born, even naming her Lata (Pihu Sand). Now in her teens, Lata not only sings well but also dances like a dream despite her plus size that regularly makes her an object of body shaming on stage.

Anil Kapoor hits all the right notes as a blockaded father, who is often rebuked by his own child for being so dedicated in his mission to see her succeed. He pounds the right balance for a middle class man in Mumbai struggling between dreams and reality. In this manner, even his wife Kavita (Divya Dutta) continues to be his empathetic voice of reason.

As a debutante, Pihu Sand captures the vulnerability of her character, but one never understands her constant protest against her father. She is a big fan of Baby Singh (Aishwarya Rai Bachchan), a famous singer, who wants a break as she is fed up of her life. The talented Rajkummar Rao as Prashant’s trusted friend Adhir, shows his usual panache within a limited scope. Meanwhile, Prashant’s factory will be closed and will be seen as a taxi driver, which now is his new job.

Coincidentally, Baby Singh travels in Prashant’s taxi. When asked for water, Prashant mixes his sleeping pills in her water bottle. He calls his best friend Adhir and tells him that he is kidnapping Baby Singh to release an album of his daughter. Nevertheless,with a lot of requests, at the end, Adhir finally agrees to help him.

During this incident, Adhir and Baby Singh become really good friends and then Adhir finally takes her out and she enjoys the moment. She also thanks him for bringing her dog, Ustaad who she considers her as a true friend but problems arise when Prashant watches the TV where police gets to know that Baby Singh is kidnapped as the watchman of Baby Singh’s house reveals that he saw Adhir kidnap her dog.

In addition to that, Prashant asks Baby’s director to release an album of his daughter and he dresses up as Rajnikant. Lata is really excited about her own album and after recording, she talks about her experience from which, the director gets to know that her father is the kidnapper and he is famous with the name of Fanney Khan.

Lata is replaced by Baby Singh to perform in Reality Show(India ki Awaaz). At the same moment, Baby and Adhir were nowhere to be found. Police and TV reporters agree to cast him live with his daughter before she performs. Then later, Lata realizes that the song she is going to sing was written by her father. Thus, she sings it and makes her parents proud.

Later, a video is released revealing that Baby and Adhir are in a relationship and are on vacation. They both admit that they are a big fan of Lata Sharma. The film ends with society praising Lata and the hard work done by Prashant to make his daughter a singer.

Overall, ‘Fanney Khan’ is a star studded musical that starts on a high note and has its moments of glory. It shows how parents live their dreams through children.

It does strike a few wrong chords to culminate into an emotional yet convenient climax. However, the showstopper is clearly Anil Kapoor with a knockout performance that makes ‘Fanney Khan’ worth a watch.