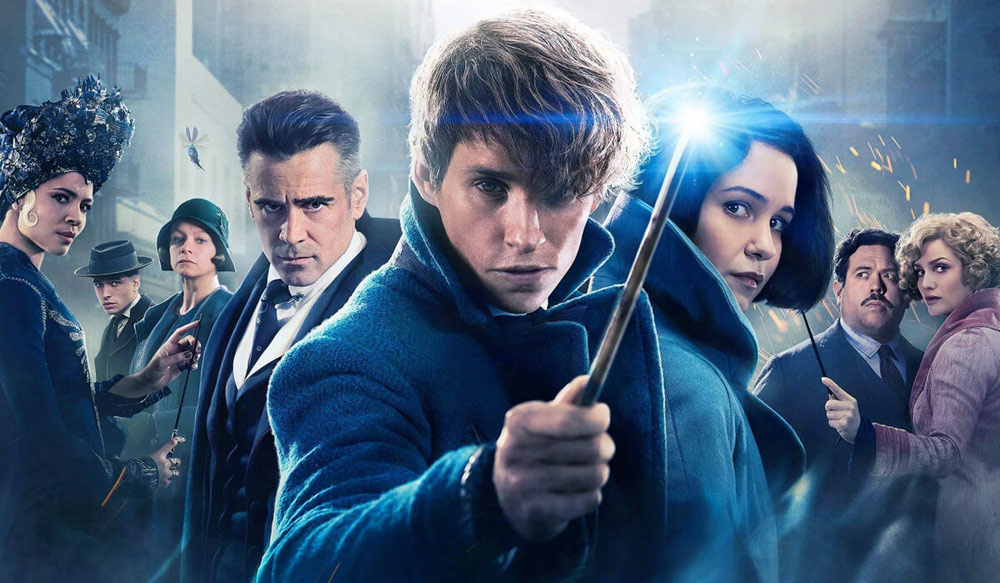 Set in New York City of the 1920s, the movie takes its title from a textbook taught at Hogwarts School of Witchcraft and Wizardry, focusing on the character of Newt Scamander (Eddie Redmayne). This is the first film in the genre that is not a book adaptation, since J.K Rowling tried her hand at screenplay writing instead.

Newt is a wizard and field researcher in magical creatures who, when we meet him, is en route to Arizona, where he plans to release a magical Thunderbird named Frank to its natural habitat. The film picks up with the adventures of the quirky magizoologist Newt Scamander (Eddie Redmayne) as he prepares to stop the dangerous, rising dark wizard Gellert Grindelwald (Johnny Depp, in perfect form), who he helped capture in the first film and who escapes from the American wizards shown in a prologue.

A wizard who hates humans and a gifted speaker, Grindelwald hopes to spark a movement to enslave the world’s non-magical population and is desperate to enlist the powerful but deeply troubled Credence Barebone (Ezra Miller), who he tracks to Paris. Newt, although no fan of rules of any kind and who prefers a neutral stance, is finally persuaded to help the good guys find Credence first.

Fantastic Beasts is a rich and intricately detailed entertainment with some breathtaking digital fabrications of pre-war New York City. It’s a very Rowling universe, dense with fun, but always taking its own peril very seriously and effortlessly making you do the same. The Fantastic Beasts movies may actually expand the universe’s exotic fauna in the best way possible.

You can enjoy this film at different levels of Pottermania. You can delve deep into the differences between the American and British wizarding worlds, and subtle similarities that lead to the familiar future of the Harry Potter world. You can also simply delight in the spectacle of the fantastic beasts, and the great characters. The idea of a secret world of magic is certainly bewitching and, while most of the Harry Potter action takes place at Hogwarts among magic people, this film is primarily about the interaction and conflict between our world and the wizard world.

Ultimately, at least “Fantastic Beasts and Where to Find Them” doesn’t try to imitate the exact same dynamic that worked in the “Harry Potter” series and this is appreciated. Redmayne is subtly charming and brings a sense of joy to the role. The remainder of the supporting characters are all memorable in their own ways and their dynamic generally delightful.

However entertaining and magical the film might be though, it isn’t without issues. There’s a lack of fluidity that causes certain scenes (important scenes) to feel lacklustre and flat. So, the film is a decent trip back into the world of magic, but it isn’t a strong film on its own.