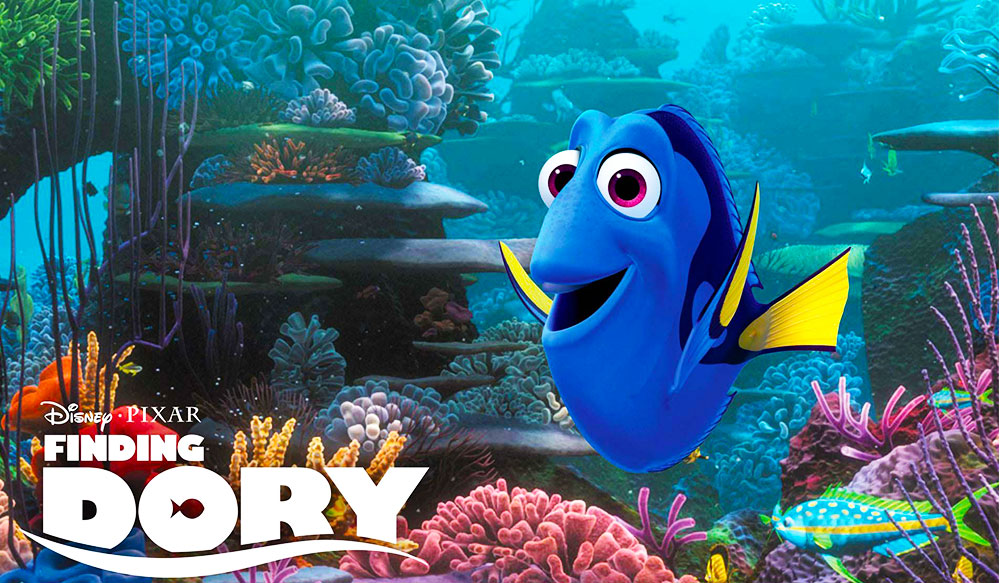 Hold on, the cute forgetful blue tang fish is back! Dory will lead you to an unforgettable adventure in search for her long-last parents! Finding Dory is a sequel of 2003’s Finding Nemo- one year after she helped reunite Marlin (Albert Brooks) and Nemo (Hayden Rolence), Dory voice by Ellen DeGeneres, is settled into her new life.

Director Andrew Stanton has brought Dory back for a moderately entertaining, borderline-pointless sequel and star-showcase. He told Entertainment Weekly that he made Finding Dory because he felt that Dory’s story was something that needed to be explored.

Finding Dory” begins by showing the childhood of Dory (Ellen DeGeneres), the famously forgetful but good-hearted fish from this film’s predecessor “Finding Nemo.” It turns out that she accidentally got separated from her parents as a child, and grew up wandering around the ocean until she met Nemo’s father Marlin (Albert Brooks) in the first movie. The story of “Finding Dory” begins after Dory has returned with Nemo (Hayden Rolence) and Marlin to their home region of the ocean. One day, Dory’s memory of her childhood is jogged, and she recalls that she lost her parents and that they lived in California. She feels a strong urge to reunite with them, so she travels with Marlin and Nemo across the Pacific Ocean on the backs of sea turtles, but upon reaching California, the adventure has only started!

Two likeable new characters are Destiny (voiced by Kaitlin Olson), a whale shark with a Mr Magoo-type tendency to bump into things with whom Dory has a natural rapport, using her whooping, ululating “whale” voice; and also Bailey (Ty Burrell), a crotchety, hypochondriac beluga whale who is convinced that the large bump on his head is the symptom of some terrible problem rather than the natural order of things.

There is also an octopus called Hank who befriends Dory; she pedantically calls him a septopus because he has lost one of his legs. Hank is able to survive outside water and camouflage himself like an octopus in the real world – although these skills are so pronounced in his case as to give him what amount to superpowers. Dory has a nice line when she notes that he is not very sympathetic for someone who has three hearts.

With this movie, everyone learns a few things about the real meaning of family. As reviews suggest that the movie has a positive message about respecting and learning from other people’s differences in how they approach problems. Marlin realizes that his heavily analytical and sometimes excessively cautious nature does not always yield success, and that Dory’s quick-to-act tendency is needed at times.

It is good for movies to have messages which promote an understanding of psychological differences, which can be a key step in conflict resolution. Also, the scenes from Dory’s childhood show the value of her parents’ specially-designed techniques to help her deal with memory issues. 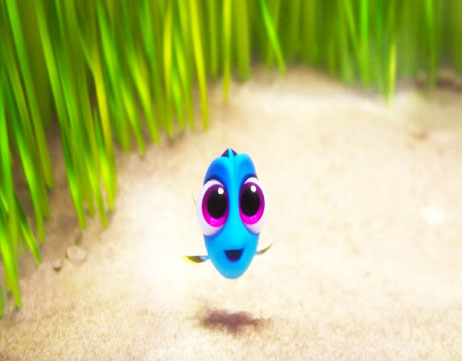 Finding Dory is very clean, in terms of moral content. Although there are perilous escape sequences throughout that might make some young kids anxious, this sequel has fewer scenes involving scary sea predators than the first movie.

The movie doesn’t aim quite as high as those three studio personal bests. But it nevertheless navigates tricky emotional territory with a perceptiveness and tact that isn’t just great storytelling, but could be a real comfort to parents and children alike who unexpectedly see themselves in Dory’s plight.