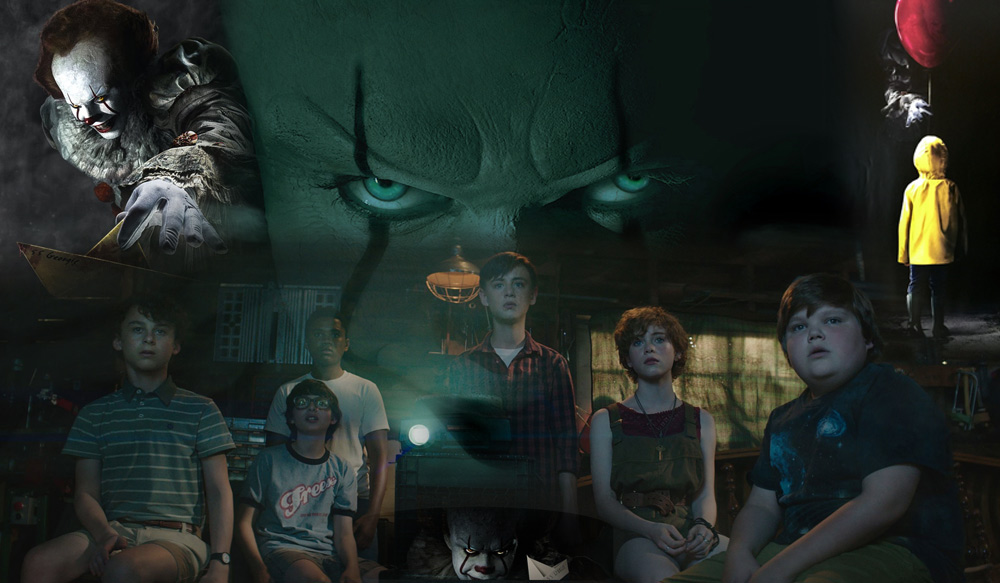 Directed by Andy Muschietti, the movie adaptation of the Stephen King novel set in 1988-’89, presents a dark menace lurking beneath the quiet of a suburban area. The plot involves a group of ostracized teens finding themselves the target of a fear-feeding clown named Pennywise (Bill Skarsgård), responsible for the abnormally high rate of kids going missing in their hometown. It starts with little Georgie going missing, as he was playing with a paper boat that his older brother, Bill had made him.

After his sudden disappearance, Bill becomes obsessed with finding him. He eventually comes across 6 other individuals, who like him, are outcasts and are victims of the clown. The group includes Richie Tozier (Finn Wolfhard, Strangers Things), the reserved Stanley Uris (Wyatt Oleff), the hypochondriac Eddie Kaspbrak (Jack Dylan Grazer), Ben Hanscom (Jeremy Ray Taylor), Beverly Marsh (Sophia Lillis) and Mike Hanlon (Chosen Jacobs). One by one, they find themselves getting haunted by visions of terror from Pennywise, who exploits their fears in the worst way possible. They soon realise that they have to face their fears together and on their own.

The movie evokes essential themes, like the destructive power of fear, the importance of friendship, the loss of innocence, and the challenges of youth. The real horrors at hand range from parental abuse to violent bullying and the unnerving revelation that life has only just begun. We are confronted with unreliable and predatory parents; a father abusing his daughter and a parent who over-medicates her child.

The children’s worst fears do not actually stem from Pennywise, the clown, but from their own vulnerability; their parents can’t save them and are themselves imperfect at best and broken at worst. The grown-ups in IT are crippled by their own fears which causes them to direct the wrong kind of attention onto their children and pass on their own humiliation and terror.

In many ways IT isn’t about a monster as such, but the monstrous ways children are treated when they are most vulnerable.