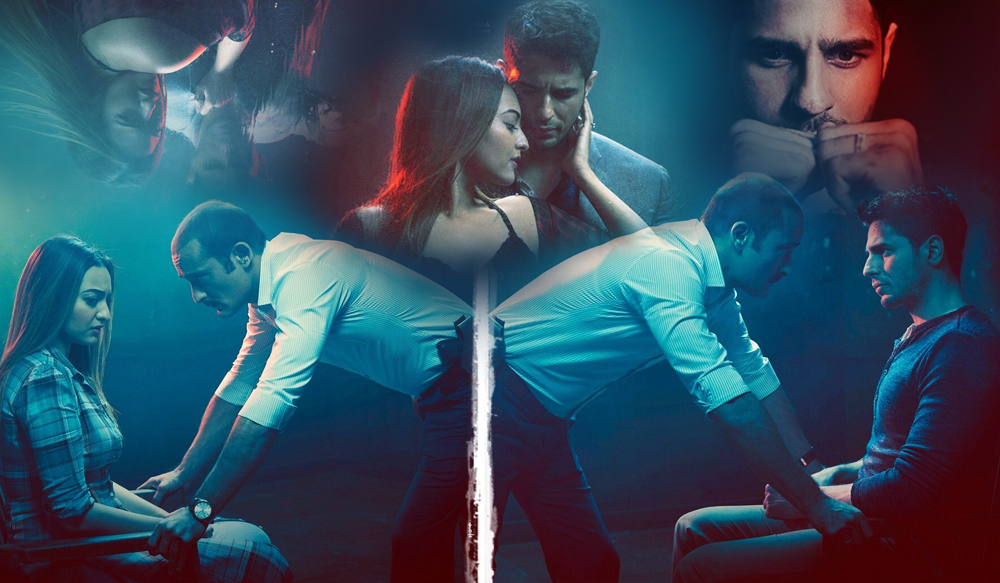 Ittefaq, the 2017 reboot of Yash Chopra’s 1969 suspense drama starring Rajesh Khanna and Nanda, is a thriller by Abhay Chopra, featuring Siddharth Malhotra, Sonakshi Sinha and Akshaye Khanna. The reboot has the same theme at its core, but with added twists and turns which keep you intrigued throughout the story.
Writers Chopra, Shreyas Jain and Nikhil Mehrotra have adapted the thriller while keeping a few critical elements of the original movie intact but have also made ample amendments, such as excluding songs and keeping the movie’s runtime at less than two hours.

Vikram Sethi (Sidharth Malhotra) is a UK-based celebrated author. His last book hasn’t done well, and he is under pressure to deliver a bestseller. He comes to India for the launch of his next book, but circumstances take a strange turn when his wife is found dead in a hotel room. On the same night, the husband of a woman named Maya (Sonakshi Sinha) is found dead. Vikram finds himself linked to both crime scenes after a series of events.

Dev (Akshaye Khanna), the police officer investigating the double murder case, has only two witnesses, who are also the prime suspects, to work with. The suspects – Vikram and Maya, a young homemaker, have very different narratives about that fateful night. Both the stories seem true and Dev is torn between the two versions of the story, and will not settle till he finds out what happened that night.

The movie however, does not follow a linear storyline, instead it simultaneously presents the two parallel stories of Maya and Vikram as they reveal their respective versions. What makes the movie a compelling watch is how the two suspects tell their tale in instalments, resulting in constant flashbacks.
https://www.youtube.com/watch?v=mvfvoCdPrII