Lights Out- A demon that only appears in the dark 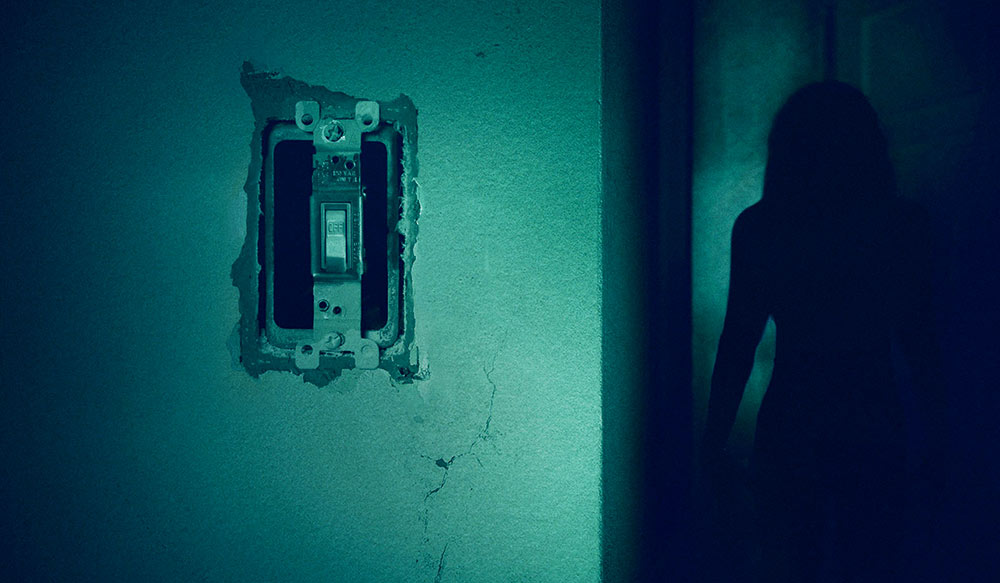 David F. Sandberg’s no-budget, near-wordless 2013 short film “Lights Out” features a premise so simple it’s essentially a cinematic haiku. A woman is alone in her apartment, and when the lights turn off, an eerie female figure appears; when they come back on, the figure disappears. But Sandberg’s three-minute execution of this simple premise was clever enough — and virally popular enough — to secure the inexperienced Swedish filmmaker the support of horrormeister James Wan. Now armed with studio backing, his feature length expansion of that short never strays too far from its source, essentially repeating the same jump scare, over and over again, for most of its muscular 80 minute running time. What’s most shocking is how well it still works.

Very obviously a first feature, “Lights Out” is full of camp (most of it clearly intentional, some perhaps not), and its underlying mythology is confused and often ridiculous. But there’s an invigorating leanness — and a giddy, almost innocent energy — to the filmmaking, with Sandberg shooting for nothing more than inventive, relentless jolts, and the film should win over a sizable fanbase as Sandberg continues on to bigger things.

“Lights Out” opens with a bigger-budget recreation of the original short, featuring the same actress — Sandberg’s wife, Lotta Losten — and the same female figure in the darkness. This time, it’s set in a gloomy textile factory, and ends with the factory’s owner, Paul (Billy Burke), lying mangled on the floor.

We spend the rest of the film with Paul’s survivors: his rebellious twentysomething stepdaughter Rebecca (Teresa Palmer), his jittery grade-school son Martin (Gabriel Bateman) and his mentally ill widow, Sophie (Maria Bello). In a clever reversal of creepy-kid cliches, it’s mother figure Sophie who spends her time talking to an imaginary friend, named Diana, who lurks in the darkness around her home. Martin is so terrified of his mom’s behavior, not to mention the scraping sounds that echo through the halls at night, that he hasn’t been sleeping, and a concerned school nurse calls in his stepsister Rebecca. 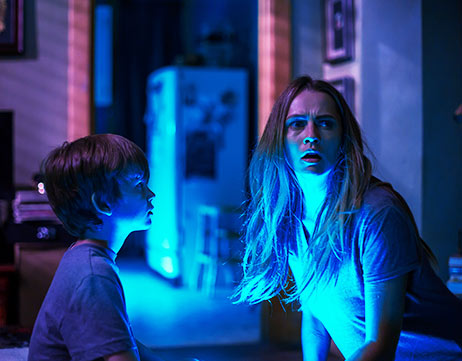 Rebecca recently fled her gloomy home for a goth bachelorette apartment above a tattoo shop, where she keeps her sweet, not-so-bright boyfriend Bret (Alexander DiPersia), at arm’s length. When Martin tells her the reasons for his sleeplessness, she immediately remembers her own similar experiences in the house, and invites him to stay with her.

Sandberg has little interest in dragging out the setup here — there is only the most perfunctory skepticism that what seems to be happening is actually happening, and Rebecca begins to uncover the mystery behind her mother’s imaginary friend quite quickly — but the central relationships work, primarily because this small core of characters are all generally decent people, believing each other and looking out for one another.

Rather than get distracted dwelling on ancient lore or gruesome case files, Sandberg and scripter Eric Heisserer get to work right away imagining increasingly clever, practical-effects applications of the pic’s primal conflict: how to stay out of the darkness. After surviving several Diana attacks, Rebecca and Martin — and poor tagalong Bret — decide to stage an intervention of sorts on their mother, camping out in her labyrinthine, heavily-curtained mansion for the night. With his camera active but never obtrusive, cinematographer Marc Spicer uncovers wonderfully varied degrees of light and shade in this setting, drawing dread out of not just pitch-black closets and flickering lightbulbs, but also tiny little darkened corners, awnings and just-slightly-insufficient flashlight beams.

Palmer is aces in the lead role, tackling the role neither as scream queen nor steely warrior, treating it with neither undue seriousness nor tongue-in-cheek smarm. Bello’s matriarch is convincingly haggard and distracted, retaining sympathy even as she plunges her children into one deadly dilemma after another, and youngster Bateman is convincingly concerned as her son. And most amusing of all, DiPersia nails his good-natured doofus part, especially a lengthy escape sequence that drew simultaneous gasps, howls of laughter, and applause from an early screening audience. It’s a testament to Sandberg’s directorial sensibilities that he seems to value all three reactions equally.