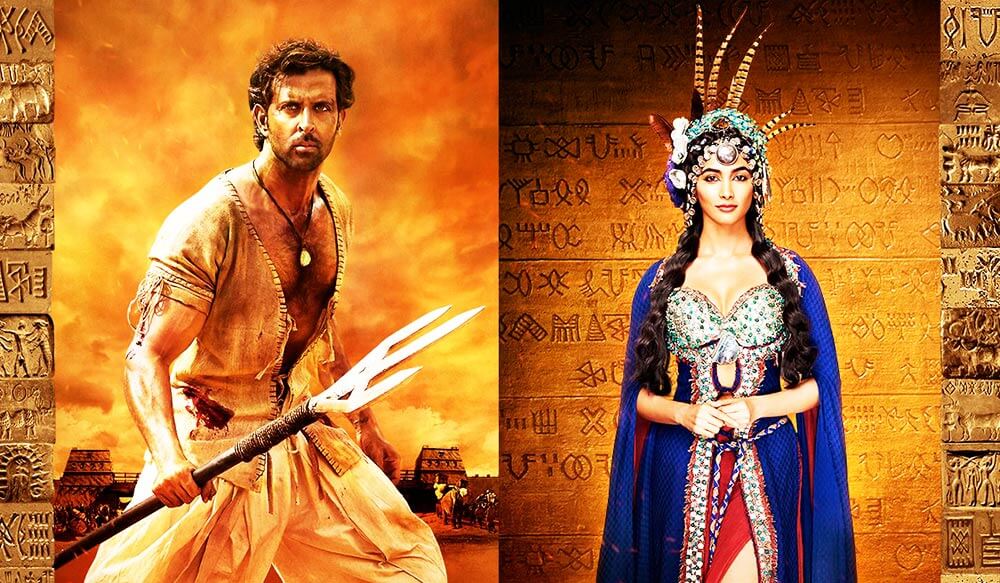 With brilliant production values, colossal sets, impressive cinematography and a predictable script, director Ashutosh Gowariker transports you to a small village called Amri which is situated in the northwest region of pre-historic India, in 2016 BC.

In the opening scene of Ashutosh Gowariker’s latest epic drama Mohenjo Daro, a few men are floating down a serene river clearly looking for a hunt. A giant crocodile shoots out of the water.

Sarman (Hrithik Roshan) grabs his pitchfork and a battle follows. Sarman returns to his village a hero with his kill. The characters are speaking an intelligible dialect, but then the camera zooms into the lips of Sarman’s uncle, and zooms out with the characters now speaking Hindi. It’s a clever device and an effective way to connect the audience to the Indus Valley Civilization.

Sarman is an indigo farmer’s nephew but his dream is to go to the grand capital of Mohenjo Daro and experience a world outside of his tranquil hamlet. Within minutes of arriving at Mohenjo Daro, Sarman starts have strange experiences. A mad man (Piyush Mishra) takes one look at the trader and warns him to leave the town.

But Sarman is in awe of the construction, the scale and the women, in particular the priest’s daughter Chaani (Pooja Hegde). But Chaani is promised to the corrupt head politico Mahman’s (Kabir Bedi) equally shifty son Moonja (Arunoday Singh).

From here on you realize this is just old wine in ancient bottles. Gowariker uses the tropes of formula Hindi films – upper caste girl, lower caste boy, rivalry and deceit, etc — with one unique reworking — the setting is 2016 BC.

Much of what’s engaging in Mohenjo Daro is the imagining of that civilisation in its heyday, taking images (the bronze dancing girl, terracotta pieces, metal insignias, the upper city and lower city, the great bath) and notations from history book and archaeological findings to fill in the blanks.

Mahman has built a large damn on the Sindhu river in order to mine gold. He sells the gold in exchange for weapons. The diverting of the river has left the neighbouring lands barren. In this scenario, Mahman wants to raise the taxes. Sarman hears this decree and speaks against the increased tax. The lower city inhabitants follow his call to rebellion. Sounds much like Lagaan, but without the cricket and set thousand 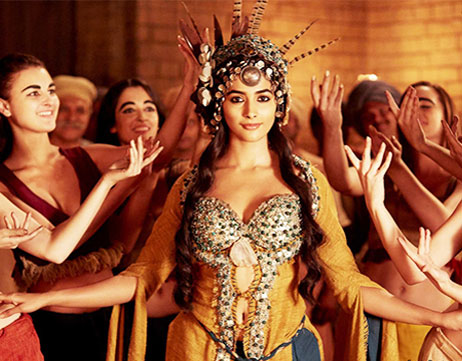 s of years before. Eventually Sarman learns the truth of his birth, and finds greater will to fight for Mohenjo Daro and Chaani.

Visually, every frame is like a picture-perfect tableaux that you experience in a magnum opus. The sets are atmospheric and the wide-angle lensing gives the film its added zing.

The climax is adroitly and astutely picturised with brilliant effects. The action sequences too are realistically designed.

A.R. Rahman’s music enhances the viewing experience and the dances are brilliantly choreographed. They appear like a narrative in a ballad.