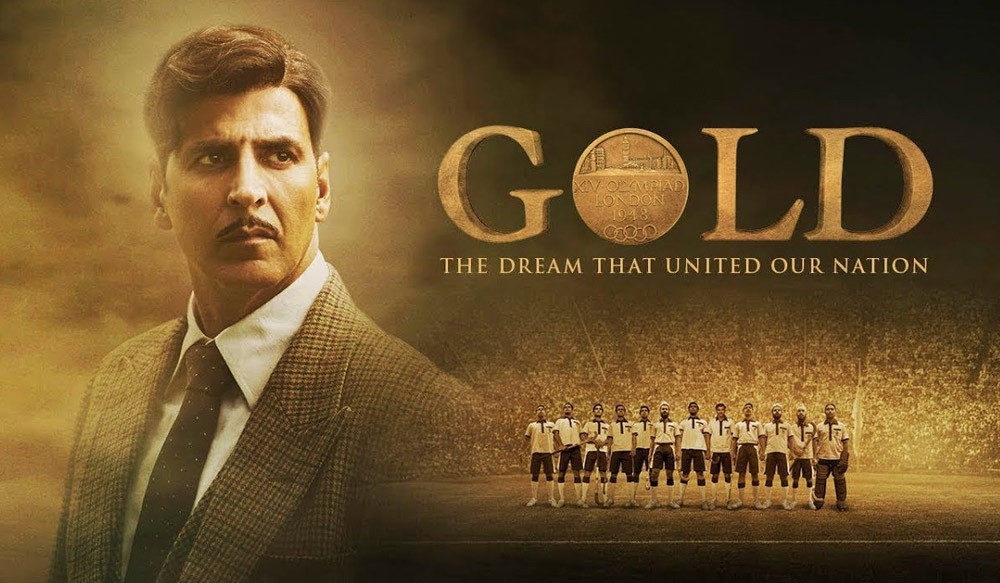 Gold: The Dream That United Our Nation

Gold begins at the 1936 Olympics in Berlin where Tapan Das belongs to the British Indian’s national hockey team. Somewhere between not saluting Mein Fuhrer and carrying the Indian Flag next to his heart, he establishes his patriotism as soon as a hockey match follows and the action is equally preoccupying on the benches. Nevertheless, whether Indians win or lose is immaterial, for standing on the podium would be slaves. There, in a country covered with swastikas, Tapan Das vows with a hand on the Tricolour, to win the medal for a free India.

Tapan Das too frequently lapses into whimsicalness, especially in his banter with his wife Monobina, who can barely keep him off the bottle and his self-destructive ways. He runs out of cash and after coming off several career-threatening setbacks, he makes his way to a Buddhist monastery in the woods and seeks access to its grounds for the preparations of the Olympics. The hockey-loving head monk first nods his head to indicate refusal and then breaks his five-year-old vow of silence and consents when he hears the name of his favourite player, Samrat, the star of the 1936 Berlin Olympics.

As usual, the manager is always high on cheap whisky but rather low on scruples when it comes to money. He understandably has detractors in the hockey federation and one of them fools him by getting him drunk at a party thrown to announce free India’s first Olympic field hockey team. Drunk and uncontrollable, he breaks into a song and dance and misbehaves with the British ladies at the do. By way of punishment, he is barred from accompanying the team to the 1948 London Olympics. The players take off for the Games without him.

In addition to that, Samrat orders the players to repeatedly move a pile of bricks from one end of the field to the other. They keep doing the coach’s bidding until they are out of breath. Having done a lot, the boys realise that there is a less exacting way available to them; therefore they denote it as a teamwork.

The film ends with the London Olympics where India is down 3-1 before ‘trump card’ Himmat Singh (Sunny Kaushal), comes in as a late replacement and inspires a glorious fightback.Tapan Das half-flashes an Indian tricolour flag in the middle and showed the players to salute the flag., whereby India isn’t British India anymore.

Finally to conclude, we can say that Akshay Kumar inevitably dominates the footage, but it is Sunny Kaushal, Amit Sadh and Vineet Kumar Singh who do all the fancy dribbling on the acting front. ‘Gold’ does not only project a film on hockey, but it also recreates an era long forgotten. More than that, it’s reminds us of the painful reality of partition and how that tore apart our nation. The hockey matches create a great amount of thrill, and even though you know the end result, you will find yourself sitting at the edge of your seat and establishing for team India all the way.

Overall, Gold is a well plotted drama that sometimes devolves into melodrama. The first half is slow paced and the film takes quite a while to establish the characters and set up the plot. The emotions run high in the film, as a handful of Indians put their personal differences aside to make the country proud. You also see the Pakistani players cheer for Indians playing on the field when we all witness India winning its first gold as a free nation. Moments like this, make ‘Gold’ a film which is more than just a sports drama. And as the saying goes, Indians consider themselves as “Winners Under British India and Legends Under Free India!”