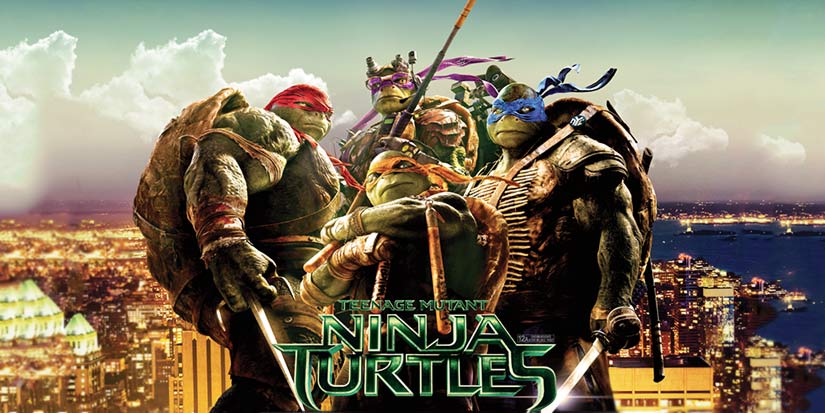 It’s no secret that the 2014 Teenage Mutant Ninja Turtles reboot wasn’t a critical darling, but thanks to grossing enough at the box office, the new series is getting a second chance this summer with Teenage Mutant Ninja Turtles: Out of the Shadows. So far two full-length trailers have been released, and to jazz fans up even more, now a third one has made its way online, showing off even more humor and wild action.

The Turtles have been a part of pop culture for three decades, but for the folks out there not familiar with them, this new Teenage Mutant Ninja Turtles: Out of the Shadows trailer introduces everyone to our four heroes. We have Leonardo, the “fearless leader”; Raphael, the “cuddly,” but actually incredibly violent, teddy bear; Donatello, the team’s tech genius, and Michelangelo, who, after narrating these introductions, claims to be a triple threat: brains, brawn and a dazzling personality. It should be pointed out that while saying this, there was a clip of him shoving three pizza slices into his mouth. Sure, Mikey, you’re the whole package.

From there, we dive straight into the action, from battling the masked goons causing trouble all around New York City (probably The Foot) to throwing down with Bebop and Rocksteady. There are also brief snippets of the human character, from Megan Fox’s April O’Neil to Brian Tee’s Shredder, but learning the lesson from the last movie, the focus remains primarily on the Turtles, and we wouldn’t have it any other way. The whole thing caps off with the brothers in that awesome weaponized truck, but unfortunately for Donatello, his invention loses its remote-controlled arms when Michelangelo fails to withdraw them before going under a bridge. That’s coming our of your allowance, Mikey.

While this new trailer didn’t provide any additional plot details, it did promise more of what Teenage Mutant Ninja Turtle fans love in these stories: a lot of fighting and plenty of fun moments between the four reptilian brothers. The last movie drew criticism for not featuring enough scenes of them in action, but the sequel looks like it will rectify that for both hardcore fans and people just wanting to enjoy a good blockbuster. There are still a lot of unanswered questions (like how Krang fits into all this), but if this trailer and its predecessors are any indication, Out of the Shadows looks like it will be a lot of fun.

Teenage Mutant Ninja Turtles: Out of the Shadows hits theaters on June 3. In the meantime, let us know what you thought of this new trailer in the comments below.