Now you see me 2 (Insaisisable 2)-Magicians on the run 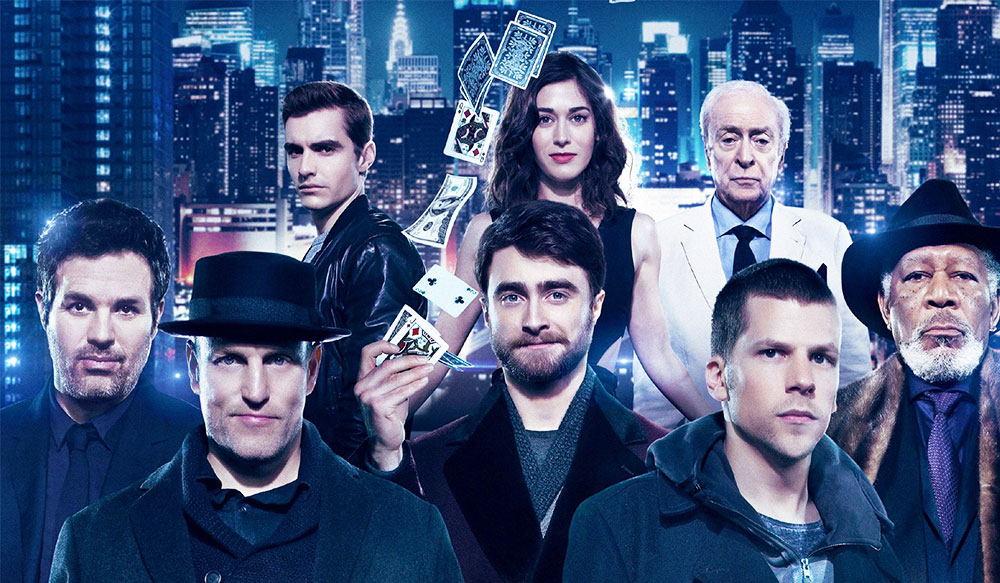 Jesse Eisenberg and company are back in a sequel to the 2013 magician heist thriller, and it’s an even higher-flying lark, a roller-coaster of teases, fake-outs, and jaw-drops.

“Now You See Me 2” is the kind of sequel that has all but gone out of fashion: a follow-up to a blockbuster so flaky and off-center that even those who made the original probably never expected it to spawn a second chapter. The new film is an even wilder lark—a madly spinning top of a movie, powered by an eagerness to please that somehow comes off as more innocent than calculated. The film knows that it’s playing you, and in almost every scene invites the audience to embrace the fact that it’s being played. It now feels downright retro, and maybe even a little exotic — in a good way — to encounter a sequel that isn’t all about setting up a five-year plan of franchise plot points. “Now You See Me 2” is more like a giddy piece of cheese from the ’80s, a chance to spend two more hours with characters we like, doing variations on the things that made us like them in the first place. The revisit, in this case, is well-earned, and fans of the original — as well as new converts — are likely to turn out in droves.

Three years ago, the first “Now You See Me” was an irresistible fluffier-than-air concoction — a grand-illusion thriller, drawing on elements from Christopher Nolan’s “The Prestige” and Steven Soderbergh’s “Ocean’s” series, that kept yanking the rug out from under the audience, and each time that happened it gave you a cheaply satisfying rush. With its nattering, ultra-competitive band of rogue magician heroes, and a plot so elaborate it was like a Rubik’s Cube nestled inside a set of Russian dolls, the movie was exuberantly clever and also borderline preposterous. The way the intricacy kept shading off into absurdity was all part of its diabolical corny charm.

In “Now You See Me 2,” the infamous tricksters known as the Four Horsemen are back, toying with our heads in even more delirious — and ridiculous — ways. Woody Harrelson’s Merritt McKinney, the hypnotist in a pork-pie hat, reduces his targets to a putty-like trance with even more smirky panache than before, and Dave Franco’s sleight-of-hand artist Jack Wilder flips a deck of cards around like the Paganini of street showmanship. Jesse Eisenberg, as group leader J. Daniel Atlas, exudes a newly understated confidence that looks good on him, and that comes as a relief after the genius-geek jibber-jabber of his slipshod demonic performance in “Batman v Superman.” Isla Fisher, who is not rejoining the party, has been replaced by the ingratiatingly antic Lizzy Caplan as Lula, who gets right onto the film’s wavelength of gaga showmanship in a scene where, having snuck into Daniel’s apartment, she fakes her own death by guillotine (a startling visual effect) and just keeps on talking. That lets you know that she’s in the right place. The Horseman are a team, deeply loyal to each other, but they’re also rivals who interact in a dizzy flurry of one-upmanship. 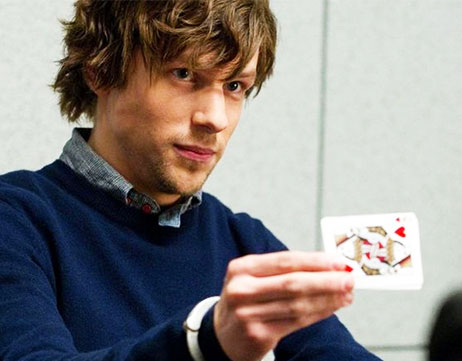 Early on, they’re doing a stage show that involves hypnotizing the CEO of a tech company and getting him to reveal the fascist truth about himself, but just when it looks like the scheme is working, the tables get turned. They’re forced to flee the stage, leaping from a rooftop down into a giant tube, where they slide for about 30 seconds until they pop out the other side…in China. It says something about the way “Now You See Me 2” manipulates the power of suggestion that we actually think for a moment, “Could that really have happened?” At the same time, we’re avid to know how it did happen, and the movie keeps our curiosity suspended, juggling its mysteries like balls in the air.

Our heroes, it turns out, have landed in Macau, where they’ve been recruited by Walter Mabry (Daniel Radcliffe), a smug mastermind who’s been hiding off the grid. He orders them to perform a do-or-die mission: They must steal a circuit known as “the stick,” which has the power to de-encrypt any computer program on earth. “Steal something,” whines Merritt, “for this narcissistic little man-boy?” The line is a compliment to Radcliffe’s performance. All bearded creepy grins, he makes Walter a megalomaniac imp, like the world’s youngest Bond villain.The sequence in which the Horsemen talk their way into a heavily guarded vault to steal the stick is a stupendously staged piece of dream-time deception. The film’s director is Jon M. Chu (taking over for Louis Leterrier), who made the surprisingly hypnotic second and third “Step Up” dance films, and he treats this heist like a piece of pure choreography, with the stick embedded in an ace of spades that gets flipped and cupped and tossed from one Horseman to another. Can we believe what we’re watching? Of course not! But the beauty of it is that you still do. 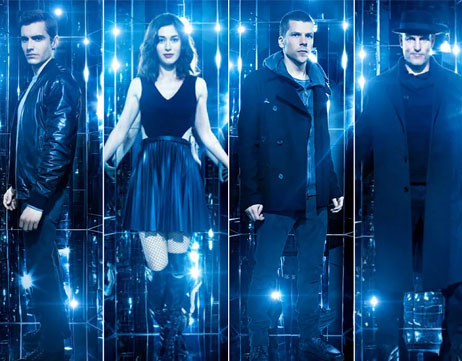 The pleasure of “Now You See Me 2” is that the Horsemen perform magic with literal human powers. They’re superheroes of the mind. Of course, the movie cheats right and left to let them do that, so we can’t take their virtuosity of illusion too seriously. Yet it’s fun to pretend that they – or anyone – could wield that level of mastery. The movie folds a joker into its deck by casting Harrelson in a second role as Merritt’s evil twin brother, who sports gleaming teeth and a delivery that makes him sound a bit like Sammy Davis Jr. (He’s funny…sort of. For a while.) It also attempts to expand the gamesmanship into an emotional experience by deepening the character of Dylan Rhodes (Mark Ruffalo), the FBI agent who’s chasing the Horsemen down but is actually their secret confidante/mole/honorary ringleader. The script, by Ed Solomon, provides him with a backstory – as a boy in 1984, he watched his magician daddy drown in a trunk, like a failed Houdini. And though it’s a bit of a cliché, Ruffalo, with his addled sincerity, makes it work. What works less well is Dylan’s vendetta against Thaddeus Bradley (Morgan Freeman), the magic debunker he blames for his father’s death. He breaks Thaddeus out of prison, all to take revenge on him, and this leads to a series of who’s-zooming-who convolutions that must have looked perfect on paper but that play, in the movie, a little abstractly, even as Freeman lends his scenes a majestic twinkle.

Glitteringly shot by Peter Deming, and edited by Stan Salfas with impressive rapid-fire precision, “Now You See Me 2” is a roller-coaster of teases, fake-outs, contrivances, and jaw-drops. The film counts on our desire to see the Horsemen stage one more global broadcast of show-stopping illusion, only to strand them, as prisoners, aboard a private plane. We keep thinking: When is the climax going to arrive? And the joke, of course, is on us. In “Now You See Me 2,” there is always more than meets the eye, maybe because the film itself never stops winking.