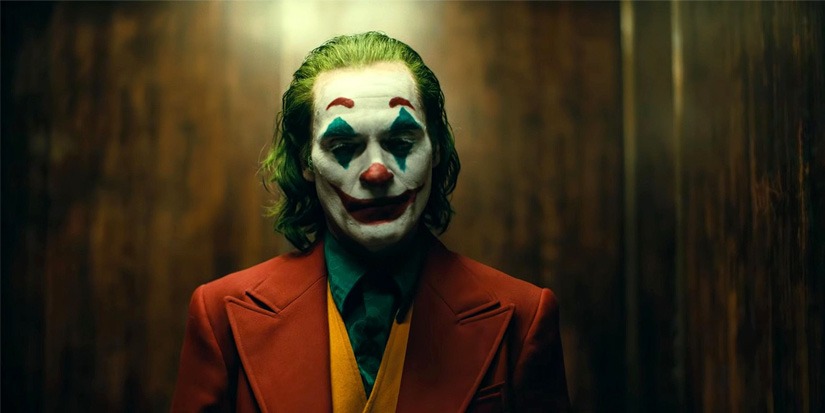 Spoiler alert: This article contains spoilers. Read at your own discretion

If you were expecting Joaquin Phoenix to be a creepy Joker, you have been served. On a scale of one to ten, we’ll probably give it an eleven.

For his performance, we get more than we could have imagined. Joaquin sure deserves all the awards. In fact we might just say, cancel the 2020 Oscars and just send them to Joaquin.

It’s not hard to see what the buzz about this movie was about. Since its première at the Venice Film Festival, the hype was high but the portrayal of Arthur Fleck by Joaquin is just perfect for the character, an incredibly flawed villain and troubled just as you would like.

The character lives a solitary life with his invalid mother. He works as a clown-for-hire while also trying to be a stand-up comedian. His only enjoyment in life can be found while watching Murray Franklin’s late night talk show.

As he is continuously humiliated, Fleck starts to try to make sense of all this humiliation and why he is being treated as such. The result is two hours of uncomfortable viewing that you can’t take your eyes off from.

It all takes place in Gotham City in the 80s, which was definitely not a great place to live and Joker adds to the picture perfectly. Phoenix got himself into character by losing 52 lbs for the role. This was clearly visible with shots of protruding shoulder blades with his limbs lingering a little too long or his torn and hanging white underwear.

The distinctive characteristic of Joaquin’s portrayal of the Joker compared to previous ones, including Heath Ledger’s legendary performance is the focus on the unhinged mental state of Arthur Fleck. 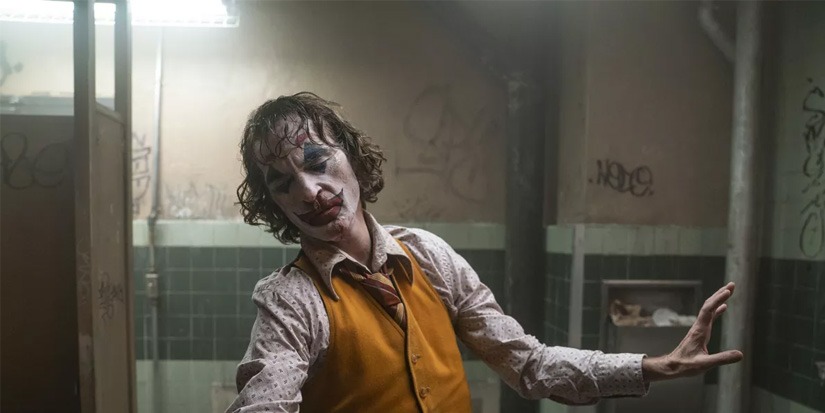 While previous Jokers were shown as being violently deranged, the less shown part of the character being clinically depressed was not brought to light. The mental illness was shown in its crudeness and how those who suffer from it are treated in society. When compared to the incredibly rich 1% of Gotham City, the viewing is uncomfortable but necessary to understand how little emphasis is placed on mental health services.

Arthur is shown in and out of failed counselling sessions and the frustration of his social worker as he’s unable to describe his negative thoughts, thus cutting his sessions altogether leaving Arthur on his own. His maniacal laugh attributed to his ‘condition’, serves as a signature reaction to every awkward moment.

The movie is slow on revealing Arthur’s mental state but after he fights back against subway bullies, he figured out that the world ‘owed’ him for the years of ridicule and that’s when things start taking off.

Throughout the movie, it’s hard to lose interest at any moment. Arthur’s switch from melancholy and rage is a gut-punch but the intensity does not decrease. It’s undisputed that Joker is a villain but there are moments where Joker can be glorified and celebrated. The creation of a ‘glorified’ villain has been denied by the Director, Todd Phillips.

Sinister acts are not viewed as destructive but designed to be entertaining despite all the carnage and blood. But all this will leave you questioning Arthur’s state of mind, whether the experiences are not just weird daydreams. Knowing the character’s ‘condition’, we can definitely empathise with him. 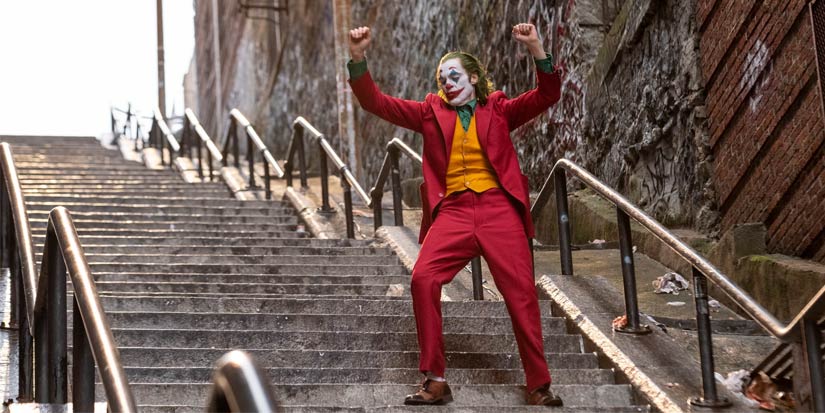