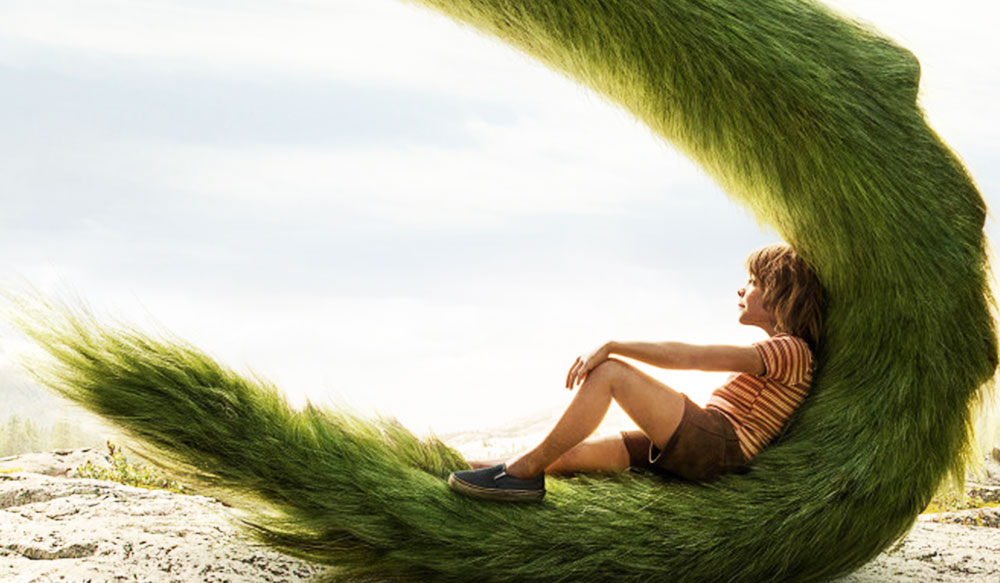 Pete’s Dragon tells the story of young Pete (Oakes Fegley), a ten year old boy who has spent the last six years living deep in the woods of the Pacific Northwest. Everything changes for Pete when he crosses paths with not only a kindly park ranger named Grace (Bryce Dallas Howard), but also a pack of loggers who work at the lumber mill in the nearby small town of Millhaven.

Grace, along with her fiancé Jack (Wes Bentley) – who owns the Millhaven lumber mill – and Jack’s young daughter Natalie (Oona Laurence), attempts to learn more about Pete; including, where he comes from and how he managed to survive all those years in the forest, alone. However, unknown to them, Pete hasn’t been on his own all this time. In fact, he has a loyal and mysterious companion whose very existence soon affects the lives of everyone around Pete; from Grace’s father (Robert Redford) – a man who enjoys telling tall tales about his experiences in the forest – to Jack’s overly-ambitious brother, Gavin (Karl Urban). 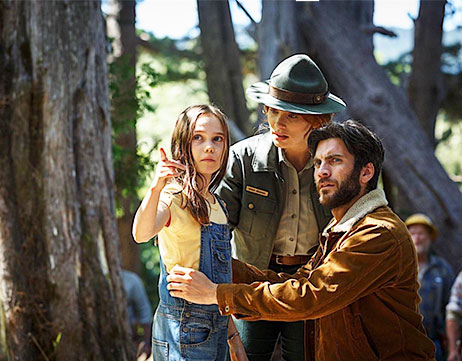 Many now-adult film goers grew up watching the original version of Pete’s Dragon: the Disney musical (released in 1977) that brings its namesake to life as a traditionally-animated character in a live-action world. Where the originalPete’s Dragon is a whimsical romp full of cartoony villains, plucky heroes, and fanciful song-and-dance numbers, the 2016 re-telling is a decidedly quieter and atmospheric take on the familiar narrative about a boy and his loyal companion – and variations on that theme (see Disney/Pixar’s The Good Dinosaur, for example). Fortunately, that approach works. Pete’s Dragon succeeds as a dramatic re-imagining of its predecessor – giving rise to a soulful modern fairy tale in the process.

As a coming of age fable, Pete’s Dragon occupies a comfortable middle-ground – offering an accessible and heartfelt story for moviegoers of all ages and preferences, but at the same time having an indie/arthouse film sensibility that brings to mind Spike Jonze’s Where the Wild Things Are. Writer/director David Lowery and his co-writer Toby Halbrooks have collaborated on multiple independently-funded short films (see their Boycrazy series) and feature-length films in the past – with Lowery having edited Shane Carruth’s Upstream Color and written/directed Ain’t Them Bodies Saints, both of which Halbrooks produced. The duo bring the same touch to Pete’s Dragon as they have to their indie work in the past, resulting in a film that feels personal and “hand-crafted” (from the lighting choices down to the editing, sparse dialogue and the scene-to-scene transitions) – even with a giant CGI dragon running and flying about throughout the entire movie.

Speaking of Elliott: Pete’s loyal friend and caretaker is not just one of the best-developed CGI characters in recent memory, he’s also just a great character in general. While Elliott is more dog-like in this version of Pete’s Dragon (from his canine nose to his green fur), he’s not just the typical “pet” with an innocent and child-like personality; he also expresses a sense of wisdom and experience befitting of a fantastical creature that has possibly been live for many, many years. The relationship between Elliott and Pete comes fully alive thanks to the efforts of young Oakes Fegley, a solid kid actor who succeeds in making you believe that his dragon pal is real (whether they’re soaring through the sky or curled up for the night together next to a dying campfire).

The naturalism of Fegley’s performance here is matched by Oona Laurence (Southpaw) as Natalie, a character who quickly finds a kindred spirit in Pete (despite their vast differences) upon their first meeting. Pete’s Dragon both takes place in the 1980s and capably taps into the spirt of the “kids on a fantasy adventure” movies released during that decade (in ways similar to and different from the recent hit Netflix series, Stranger Things) – so it’s only fitting that Pete and Natalie both serve as the heroes of the story. The adult characters in Pete’s Dragon are not as fully-developed by comparison, but their performances are uniformly strong – bringing enough humanity and depth to (for the most part) prevent the film’s grown-ups from coming off as tired stock characters.

Pete’s Dragon is further elevated by its visuals and the cinematography by Bojan Bazelli (The Ring, The Lone Ranger), creating an ethereal vision of the forests of the Pacific Northwest – “played” here primarily by real-life locations in New Zealand – as well as life in the small town of Millhaven. While the film’s beautiful scenery and convincing CGI dragon deserve to be seen for the first time on a theater screen, it’s worth noting that 3D is not a necessity – as Pete’s Dragon favors subtly immersive camera shots over the type of imagery that only truly comes alive with added depth of field. Not to mention, the film’s dimly-lit forests are lovely to behold in 2D, but become a little too dark for their own good when the filter of 3D glasses is added.

The 2016 version of Pete’s Dragon is not only good enough to stand on its own as a touching fairy tale about friendship, family, and the importance of finding magic in everyday life; it may even go on to become a Disney childhood classic for the next generation the way that the 1977 film is for older filmgoers. As a result, Pete’s Dragon makes for an excellent way to wind down the summer movie season – and serves as further evidence that the Mouse House’s live-action fairy tale re-tellings will continue to impress, so long as the storytellers behind them (in this case, people like David Lowery and Toby Halbrooks) keep on striving to find the magic that still lives within familiar stories and old ideas.