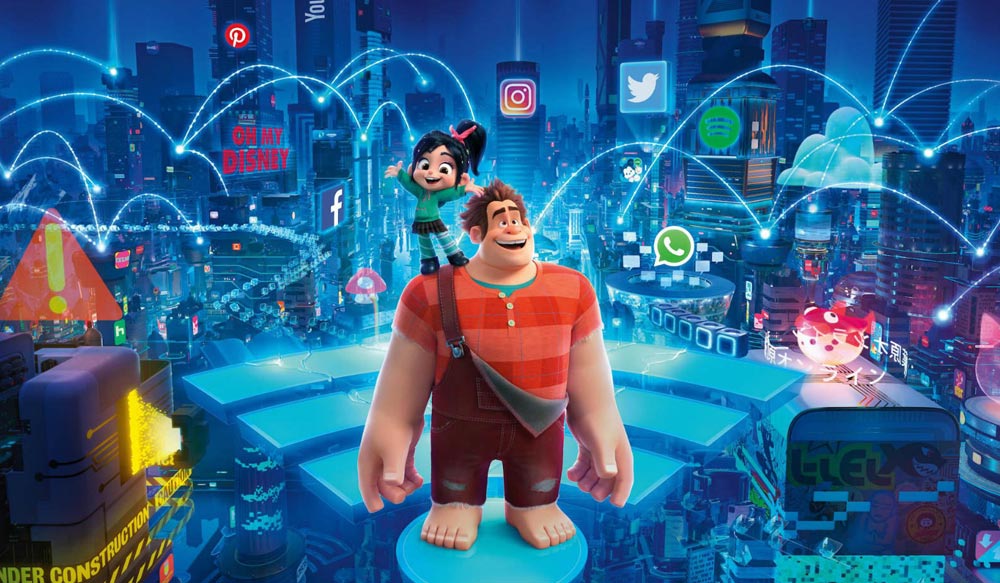 This sequel expands the world of Wreck-It Ralph, exploring more themes about friendship, insecurity and the overwhelming fleetingness of the online world. In this movie, Ralph sets out to save Vanellope’s race car video game but things take an unusual turn when the venture takes the duo off the confines of their arcade and throws them into the dizzying reality of online life.

In the process, Vanellope discovers what she has been after all this time, albeit without actually knowing it; the video game Slaughter Race. Shank (Gal Gadot) becomes the fascination of the little girl, for the new game. This creates tension between the two best friends who have grown inseparable in the six-year gap between the films.

This creates the chance to explore the theme of friendship and maintaining long-term bonds. Ralph, who spends a lot of his time doting on Vanellope begins to realise how much and how selfishly he relies on her, while Vanellope, with a little help from popular Disney princesses discovers the need for independence and freedom to follow her own dreams.

The new environment and dilemma in Ralph Breaks the Internet put their friendship to the test and conveys important messages about learning to let go of your insecurities and, by extension, your close ones when it’s time for them to move on and grow on their own.

The movie showcases the dangers of the online world in clever virtual situations that mirror real life ones. For instance, Ralph comes across Yesss, the woman behind the algorithm determining trending videos of Buzztube (or Youtube). It shows the pros and cons that come with this widely used online sharing medium. Initially, Ralph gets very excited when his videos become trending topics and allow him to make enough money to purchase the steering wheel he needs for his friend. Later, however, he uncovers the ugly truth about his online personality and is hurt by the comments, realizing he is actually taken as a joke.