Terminator: Dark Fate – What to expect? 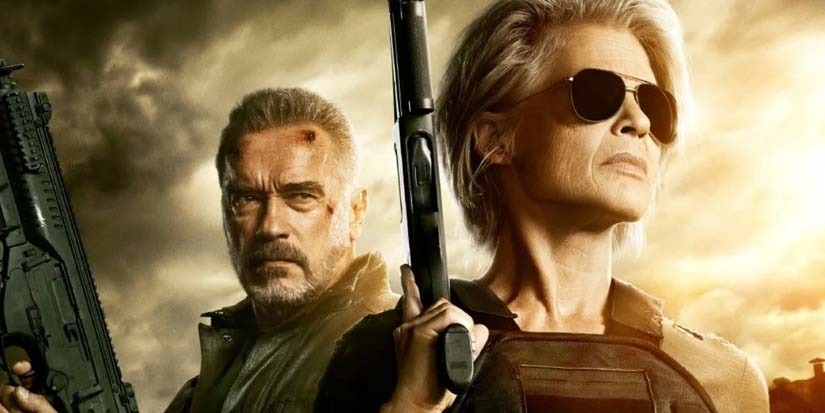 “I’ll be back” – The famous words of Arnold Schwarzenegger and signature T-800 line in the Terminator franchise.

With all the Terminator movies that have been released over the years, we can safely say that Schwarzenegger is practically predicting the future at this point – the movies always seem to be making a comeback. This is exactly the case with Dark Fate, which is the sixth (yes the sixth) entry in the Terminator franchise. Having James Cameron back amongst the directing team creates this overwhelming anticipation that the movie is going to be a hit. Cameron is known for being a sci-fi specialist and has a history of creating cinematic epics such as Rambo and Avatar but Terminator is his ‘baby’ in a sense. Being the original creator of The Terminator and Terminator 2: Judgement Day, he already has that influence on the franchise and knowing he is returning to the movies that he pioneered, can only bring nothing but greatness.

Set three years after the events of Terminator: Judgement Day, the movie follows Sarah Connor and a new human cyborg called Grace as they look to protect a young woman from a new modified, liquid and dangerous Terminator sent from the future. With the casting of Linda Hamilton finally reprising her role as the resilient Sarah Connor and the man himself Arnold Schwarzenegger as the T-800 Terminator, fans of the franchise can look forward to seeing some familiar faces on the big screen.

Along with them come some new faces such as Mackenzie Davis who plays the cyber enhanced human – Grace, Gabriel Luna playing the new Rev-9 Terminator sent from the future and Natalia Reyes being the strong-willed Dani Ramos who, at first glance, would appear to be nothing more than a damsel in distress.

If you are a long-standing fan of these movies, you can sort of anticipate what this movie will likely have in it: guns, fights, explosions, robots, quips and more guns! However, we all wonder how the movie plans to execute all these factors in order to create an enjoyable film.

Terminator Genisys and Salvation, which are widely regarded as the worst movies in the entire franchise (for obvious reasons) were expected to do well. But, with factors like Salvation missing its main man, Linda Hamilton not having featured in these movies since T2 and the timeline being all crooked in between movies, people will be glad to hear this movie follows only the events of the first two movies. This movie brings back its A-listers and does away with the timeline breakage that no one really understood or enjoyed. Looks like this movie could have the recipe for success.

So, will this end up putting Terminator back up there amongst the blockbusters? Will Linda Hamilton steal the show again and show why the Sarah Connor role was made for her or is this a passing of the torch? Will the T-800 ever be back after this? See the movie in Star Cinema Bagatelle or Port Louis /movies/terminator-dark-fate/.