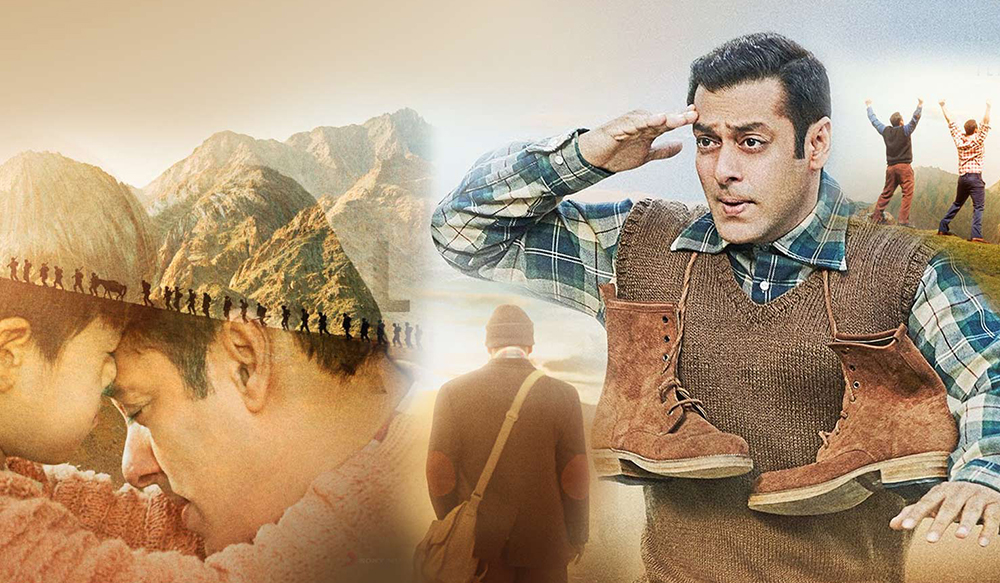 Written and directed by Kabir Khan, Tubelight is a patriotic drama starring Salman Khan. The story is set in 1962 and depicts the story of two orphaned brothers separated by war, played by real-life siblings, the Khan brothers, Salman and Sohail.

The mentally disabled Lakshman (Salman) is harshly picked on by people in his North Indian village of Jagatpur who nickname him ‘Tubelight’ for being slow to grasp things. He is protected by his younger sibling Bharat (Sohail Khan) who acts both a parent to him and his best friend. However, as tensions continue to rise between India and China, Bharat is called to serve his country by joining the army, Lakshman is then left on his own with little to do, aside from impatiently waiting for his brother to return home safe and sound.

The first half of the movie is sweet and heartwarming as it opens with a funny voice-over by Laxman narrating his life. For instance, you’ll see a young Laxman asking for a baby brother during a Ram Leela performance and his father being yanked into the house by his mother, followed by the birth of his younger brother Bharat, nine months later.

The relationship between the two brothers is touching to watch. After the deaths of their parents, Laxman and Bharat become inseparable, until an impending war with China explodes in the vicinity of their village, Bharat is called to join the army, leaving Laxman to fend for himself. He is then victimized by bullying adults, but also supported by a few kind souls, including a compassionate uncle played by late veteran Om Puri who guides him through his hard times.

The second half of the movie is slower paced but like the chicken song in Bajrangi Bhaijaan that served as reminder of the Indian government’s decision to ban beef in India, Tubelight has some similar scenes; like when the fake news of the Chinese taking over, spreads like wildfire in the village and nobody deems it fit to double check before launching into an unnecessary retaliation. The scene hints at how people currently consume news on social media and believe everything they come across without verifications.

Although Tubelight is not the typical action movie that one would expect from Salman Khan, it’s a good watch and a decent opportunity to enjoy a heartwarming story.