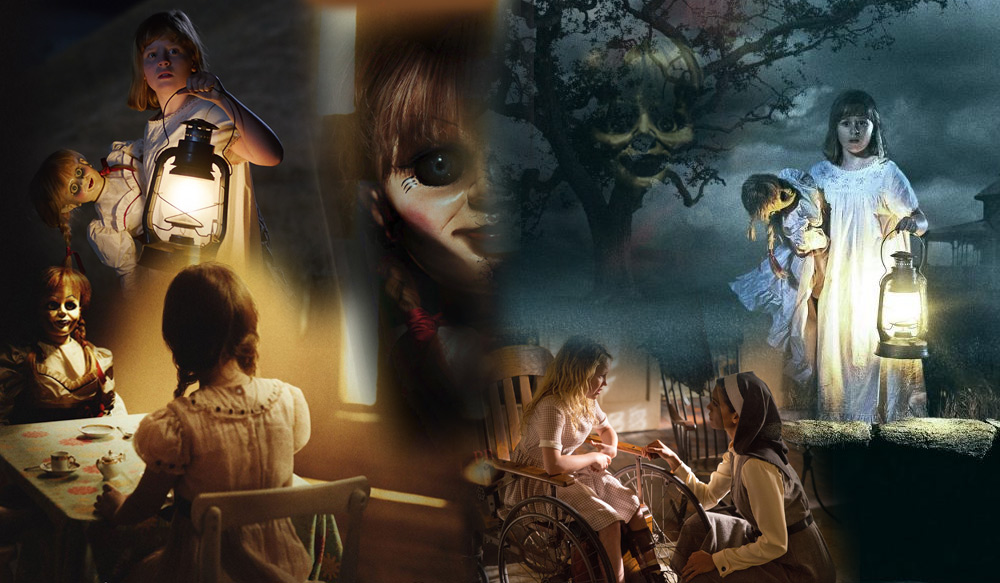 ‘Annabelle: Creation’ is the prequel to Annabelle, which was a spinoff of The Conjuring, about the work of paranormal investigators. The movie’s premise is not innovative in any way, but all of the movie’s elements are well executed and work together to create a palpable sense of dread that is a remarkable characteristic of good horror movies.

The narrative revolves around the Mullins, who live in an isolated country home with their only daughter, the five-year old Bee, Annabelle (played by Samara Lee). Her father, Samuel (Anthony LaPaglia), is a doll-maker, and the movie opens with him lovingly crafting a special limited-edition doll for his daughter.

Tragedy strikes the family when on their way home from church, Bee is the victim of a fatal car accident. Wrought with grief, Samuel and his wife, Esther (Miranda Otto) then seclude themselves, until 12 years later, when they finally open their doors to a small group of orphaned girls and the nun in charge of looking after them, Sister Charlotte (Stephanie Sigman). However, although Samuel has generously opened his home to the orphans, he comes across as sinister and ominous, sternly warning them to keep away from the locked bedroom that used to belong to his dead daughter.

Among the orphan girls who found shelter at the Mullins, are two best friends Linda (Lulu Wilson) and Janice (Talitha Bateman). Janice, recovering from polio, is restricted to a leg brace and a cane and so is left out of the other girls’ ventures. Nevertheless, Janice refuses to be bogged down by her impaired physical mobility and gives her mind unrestrained freedom to her own detriment. Soon she is engulfed by curiosity and starts exploring the house. She completely disregards Samuel’s warning to stay out of the locked bedroom and finds her way in anyhow.

Inside, she discovers that Bee’s room is left untouched and filled with a collection of toys, including a handmade doll house that’s a miniature version of the Mullins’ house. As Janice fiddles with it, a tiny closet door opens revealing a key, which she uses to open the larger bedroom closet. Inside it, Annabelle sits on a small chair, surrounded by torn pages from the Bible, and a painted cross. Janet is unsurprisingly distraught by the disturbing view and tries to lock the doll back up, but it’s too late, she already freed the demon attached to the doll.

Director David F. Sandberg niftily uses scares that gradually mount the intensity. For example, a scene in Annabelle’s bedroom includes a pair of hand puppets putting on a show all by themselves. It’s a minimal, effective sequence that is scary because the puppets do not do anything blatantly horrifying, instead, they serve to foster unease in a way that better serves the next impending scare.

Watch Annabelle: Creation to discover the origin story of Annabelle.