Valerian and the City of a Thousand Planets – Movie Review 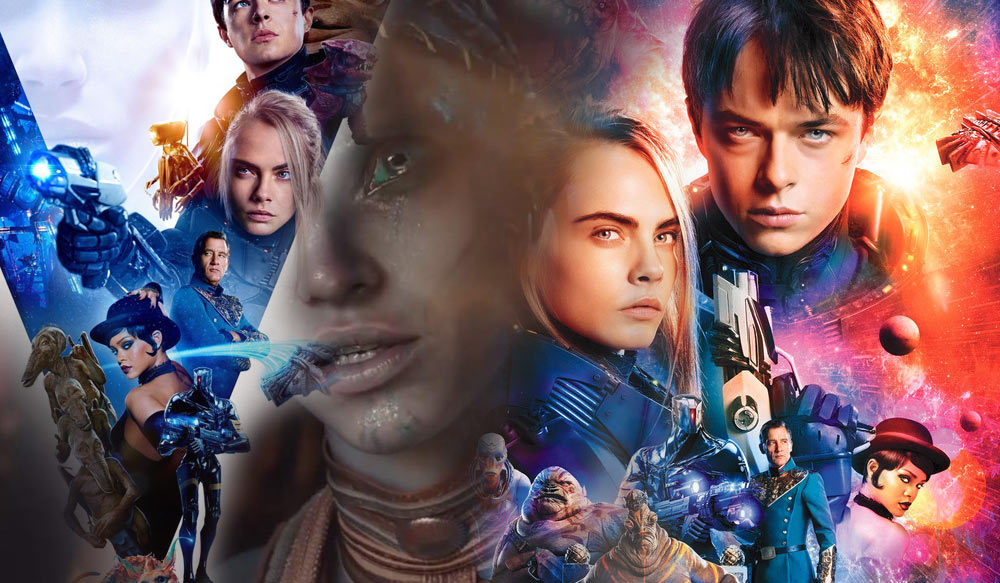 Set in the 28th century, Luc Besson’s film revolves around Valerian (Dane DeHaan) and Laureline (Cara Delevingne), “spatio-temporal” agents who travel through time and space to fight crime and restore peace throughout the universe. The story opens with the two being sent off to Big Market, a virtual-reality market whose crowds of vendors can only be seen and approached after donning special equipment. The duo visit the market in an attempt to grab hold of an ultra-rare and powerful Mül Converter, an adorable creature capable of reproducing anything that it eats.

After securing the Converter, Valerian and Laureline head towards Alpha, a massive floating city that started centuries earlier as the International Space Station and has now expanded over the years to serve as a home away from home, for aliens throughout the universe to live together in peace. Alpha’s very existence faces an internal threat and Valerian and Laureline are charged with resolving the issue before irreversible damages are done.

In the process of helping Alpha and looking for Commander Filitt (Clive Owen), the two agents unearth evidence on a major government conspiracy trying to cover up a horrifying mistake; Valerian and Laureline try to unravel the ploy before all is lost, but the two are separated and each go off on different tangents, having their own individual series of adventures.

The director, Besson works at a very fast pace, using dynamic framing and tight editing to convey lots of visual information on the go and create a movie designed to propel viewers from one cliff-hanger to the next. ‘Valerian and the City of a Thousand Planets’ is a visually-stunning movie with a more optimistic approach that diverges from the dystopian nightmare that almost every other futuristic movie has been offering.

he movie’s weakest links are its two main characters who are have no chemistry or charisma. Despite the briefness of her time on screen, Rihanna is the movie’s greatest special effect, both because of the incredible digital morphing that happens during her dance number and because of her stunning performance.