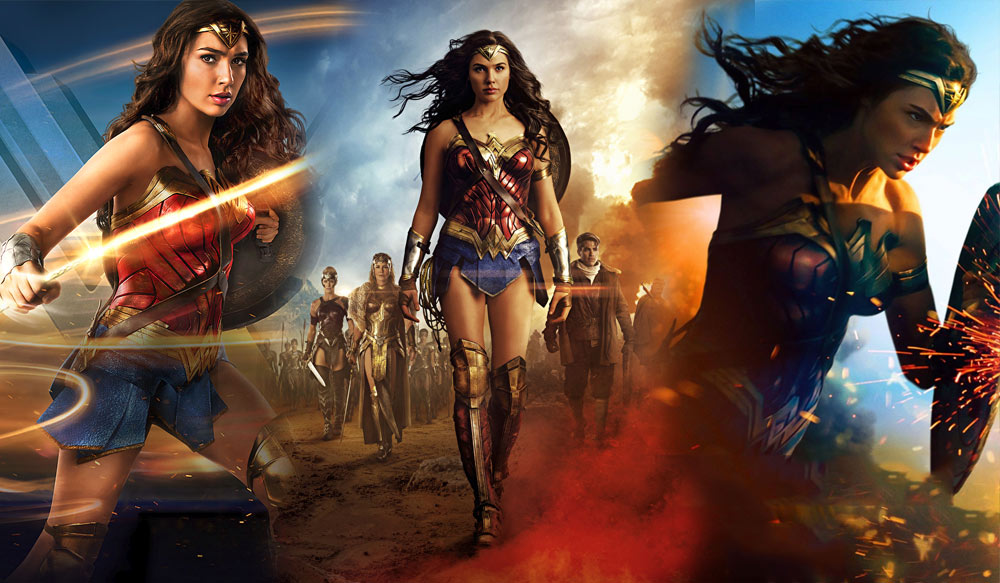 Patty Jenkins’ Wonder Woman is a very modern movie set at the height of World War I, starring Gal Gadot as Diana Prince, aka Wonder Woman, and Chris Pine as Steve Trevor, a pilot and American spy. The movie starts off with Diana Prince, daughter of Hippolyta, queen of the Amazons, on the tropical island of Themyscira, occupied exclusively by women.

The first half establishes Diana’s origins and her life on her secluded homeland, under the tutelage of Antiope, her aunt, and the protection of very shielding mother. However, as the free-spirited Diana longs for freedom and broader horizons, she seizes the opportunity to leave Themyscira when the American spy, Steve Trevor lands on her island, after his fighter plane plummets through the fog camouflaging their secret nation.

This twist disrupts the peaceful existence she was used to and introduces her to the human world; a world of deceit and war. As Wonder Woman travels from a land with no men to no man’s land, she discovers more about human nature and in the process, uncovers her own true purpose; to bring peace to the world. Unlike male superheroes, Wonder Woman does not try to purge inner demons or resolve a messiah complex, instead she focuses on how to independently exist in the human world and help out when the opportunity arises.

On learning about the war that humans are waging on each other, she suspects the involvement of Ares, the god of war and is convinced that she can help stop it by confronting him on the battlefield. She then decides to join the fight and embarks on an incredible adventure with Steve to put an end to the World War. This is an essential superhero movie with a nicely executed origin story; although the plot deals with dark themes that resonate with contemporary social issues, the movie’s tone remains fairly light with subtle comedy permeating the storyline.