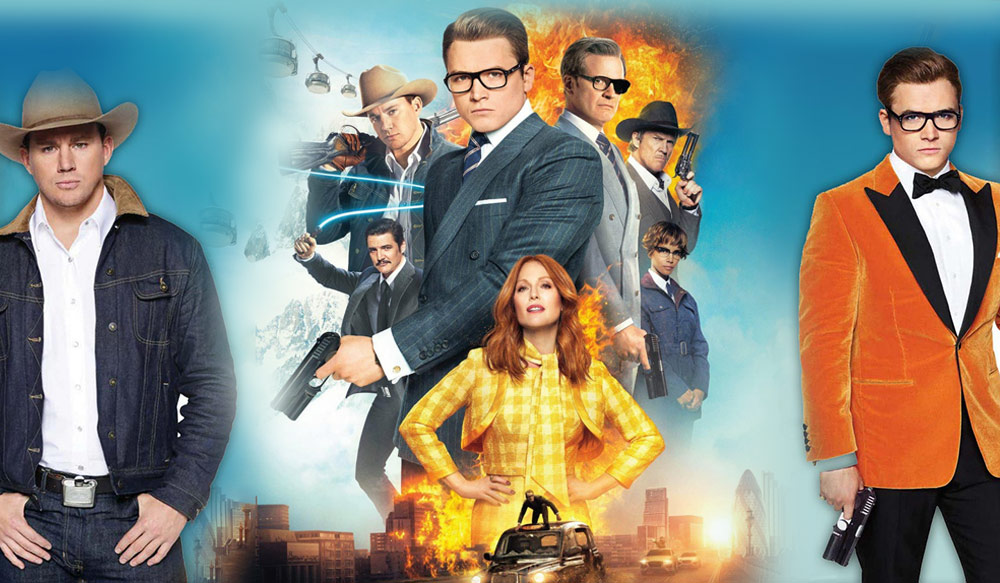 It also doesn’t come out of the gate any faster. Dashing former delinquent Eggsy (Egerton) has barely made an opening appearance outside of his tailor shop HQ when he’s attacked by old training nemesis Charlie (Edward Holcroft) and his new cyborg arm. Their fight plays out in a taxi tearing through the streets of London, all violently shifting angles, death-defying maneuvers, and Prince blasting on the stereo. “Let’s Go Crazy” is right — it takes a touch of mad genius to find a way to squeeze so much dizzyingly choreographed mayhem into such close quarters.

Off duty, Eggsy still mourns his mentor, Harry (Firth, gunned down last time), and devotedly plays house with Swedish royal Tilde (Hanna Alström, helping with the movie’s amusing, intriguingly un-Bondlike take on monogamy). But the quiet can’t last, not with the scheme for global drug-trade domination being hatched by kitschy, chirpy cartel boss Poppy Adams (Julianne Moore). Unleashing a virus that only she can neutralize, she orders world leaders to just say no to “Just Say No” – a circumstance a tad more fraught than some legalization vote.

Poppy’s villainy compels Eggsy and tech guru Merlin (Mark Strong) to seek help from the Statesmen, American counterparts bankrolled by Kentucky whiskey money. The Brits are also reunited with Harry, who’s not dead after all — as the film’s advertising revealed — but who’s not exactly intact, either.

Even at almost 2½ hours, the movie can’t juggle them all perfectly. But as with that insane opener, we sure get a charge out of going along for the chaotic ride.