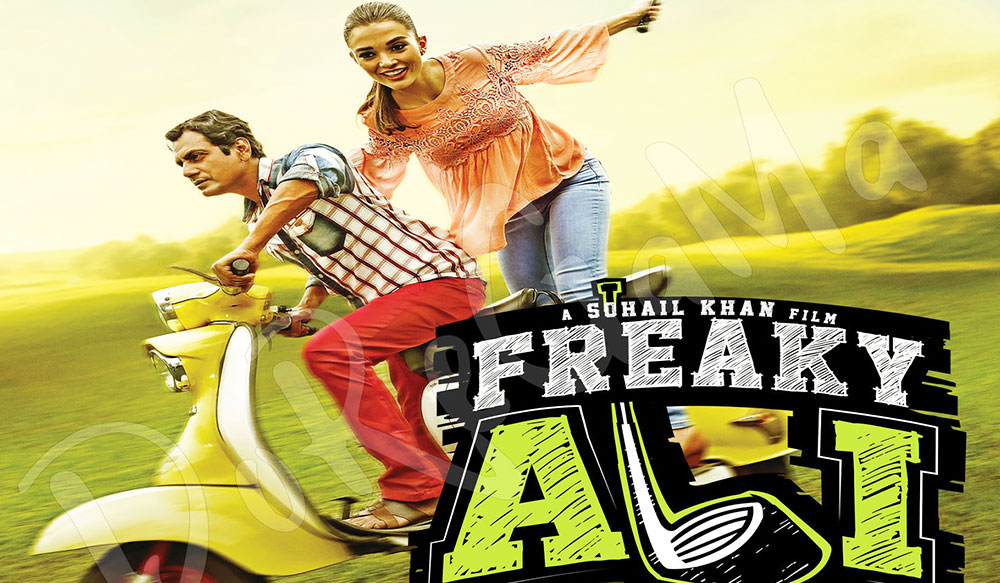 STORY: Ali (Nawazuddin) has a way with balls; cricket and golf. This chawl-bred sports prodigy of sorts becomes a local legend when his talent is discovered. However, there are also those who want to run his reputation to the ground.

REVIEW: Ali is an orphan abandoned at a dargah and is raised by Sulabha (Seema Biswas), a Maharashtrian lady whom he fondly refers to as his mum. He is happy to sell underwear to earn a living. But his friend Maqsood (Arbaaz) tells him that he can double his earning if he becomes an extortionist. So Ali joins him. He knows that if his aai ever finds out, she will be heartbroken.

Ali’s world turns topsy-turvy when he discovers that he can hit sixers better than Chris Gayle and Virat Kohli. Furthermore, on one of his misadventures to a golf field to extort money from a businessman, Ali discovers his own putting skills. From here, the sadak chhaap turns professional golfer. Predictably, he snatches a win from a five-time champion.

Freaky Ali, inspired by Adam Sandler’s Happy Gilmore, is a sweet film. The treatment is light-hearted, the dialogue pedestrian but very funny in parts and the film has its heart in the Bollywood space; meaning, often the ridiculous does better than the sublime. The soul and the star of the film is Nawazuddin, who can do no wrong – whether he is happy, sad, freaky or straight, he’s a superstar in his own right. He gets every nuance correct. What’s more, he even gets a girl Megha (Amy Jackson) to romance. His attempt at song and dance and self-deprecating humour is to be applauded.

While the first hour of this film is time pass, the second half loses steam because of its repetitive narrative style. Also, you know at the start that this Ali is as strong as Mohammad Ali and will win all tournaments. The bit in the story about getting sport mixed with the anti-social elements is banal, but the film doesn’t take itself too seriously. So, you shouldn’t either. Watch it for Nawaz.

Director Sohail Khan, who shares writing credits too, takes a lot of cinematic liberties. Even in a Utopian state, it is hard to digest street children running amuck golf greens. Or having goondas, double up as caddies. Like they say, this happens only in our desi cinema.

Source: The Times of India