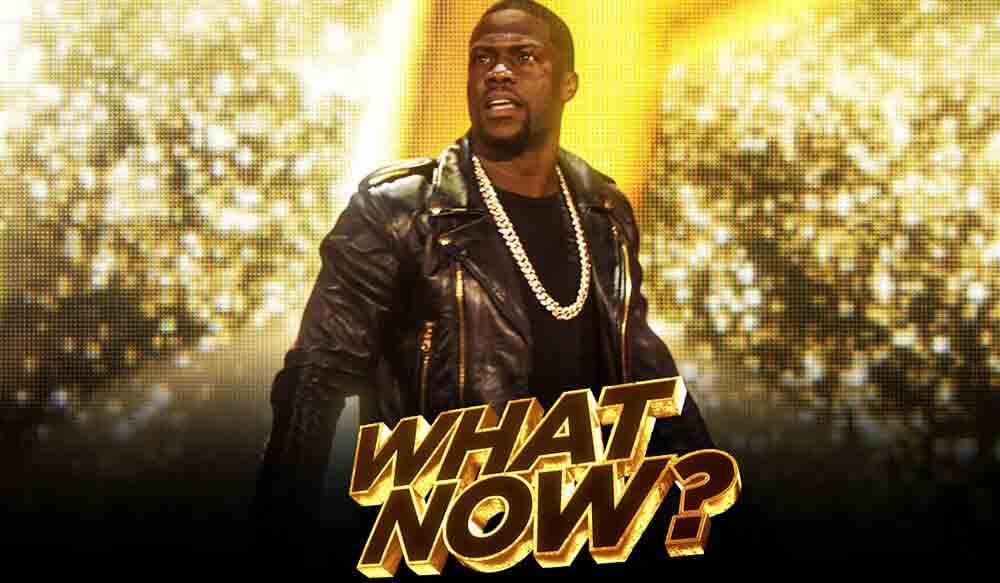 Kevin Hart’s previous stand-up comedy film, “Let Me Explain” (2013), grossed $32 million — making it one of the most successful stand-up films ever made.

Inflation is responsible for some of those millions, but comparisons to Eddie Murphy and Richard Pryor are not out of line. Entertainment Weekly recently dubbed Hart “The $1 Billion Man” for a steady series of hits that includes “Ride Along” (2014) and its sequel, “Ride Along 2” (2016), and the $400 million grosser, “The Secret Life of Pets” (2016).

Hart’s stream-of-consciousness approach in his stand-up films covers a wide range of subjects: personal trainers, adventures in baby-sitting, anger management, parental advice, lovers who need to get a room, and how to react to a child’s “gay moment” without seeming homophobic.

Inspired by Murphy’s “Raw” and his own formative years in Philadelphia, Hart’s latest entry in the stand-up genre, “Kevin Hart: What Now?,” begins not with a skit but with a lengthy, expensive-looking spoof of James Bond movies. It stars Halle Berry and Don Cheadle as themselves; Cheadle’s “Hotel Rwanda” is briefly turned into a tasteless punchline.

Once the show returns to the stage — it was filmed last year in Philadelphia’s jampacked Lincoln Financial Field — it’s more like business as usual. Raccoons and orangutans are fair game for Hart’s jokes, and so are Starbucks coffee and most bodily fluids. The finale to this uneven movie makes the most of Hart’s gift for physical comedy.

Hart says “What Now?” will be his last stand-up film. Turning a one-man show into a cast-of-thousands spectacle is one way to go out with a bang.