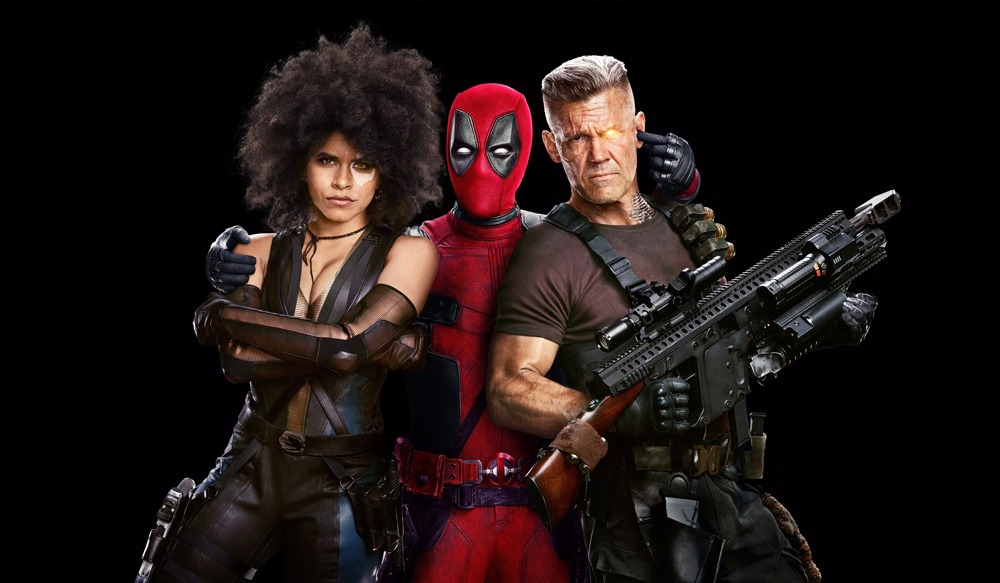 Summary: After losing the love of his life, Wade Wilson equally known as Deadpool (Ryan Reynolds) must protect Russell (Julian Dennison) where he must assemble a team of mutants and protect Russel from Cable (Josh Brolin), a no-nonsense, dangerous cyborg from the future and Deadpool must learn the most important lesson of all, to be part of a family again.

“Family was always an f-word for me.” – Deadpool

Deadpool 2 is a 2018 American superhero film based on the Marvel Comics character Deadpool, distributed by 20th Century Fox. It is a direct sequel to the 2016 film Deadpool and is the eleventh installment in the X-Men film series.

It is a hilarious and entertaining anecdote that is refreshingly crude and grimy all while maintaining a relatively heroic and upbeat message about the importance of family.The idea of this movie is one that’s centered on family and its strength regardless of blood relations. This is why characters act out of rage ignited by death and torture.

The film is directed by David Leitch from a script by Rhett Reese, Paul Wernick, and Ryan Reynolds, with Reynolds starring in the title role alongside Josh Brolin, Morena Baccarin, Julian Dennison, Zazie Beetz, T.J. Miller, Brianna Hildebrand, and Jack Kesy. In the film, Deadpool forms the team X-Force to protect a young mutant from the time-traveling soldier Cable.

Reynolds plays Wade, a wisecracking acquisitive with accelerated healing but severe scarring over his body after undergoing an experimental regenerative mutation. He forms the X-Force, a team of mutants,after finding himself at his “lowest point” at the beginning of the movie.Grief and despair drive Wade first to seek revenge and then to try to prevent two other acts of vengeance from taking place. His feelings also provide him with a permanent alibi. However vicious as he may seem, with cavalier killing and aiming, his righteousness is always assured.

After successfully working as the mercenary Deadpool for two years, Wade Wilson fails to kill one of his targets on his anniversary with his girlfriend Vanessa. That night, after the couple decides to start a family together, the target tracks Wilson down and kills Vanessa. Wilson kills the man in revenge. He blames himself for her death and attempts to commit suicide six weeks later by blowing himself up. Wilson has a vision of Vanessa in the afterlife, but the pieces of his body remain alive and are put back together by Colossus. Wilson is left with only a Skee-Ball token, an anniversary gift, as a final memento of Vanessa.

Getting healed at the X-Mansion, Wilson agrees to join the X-Men as a form of healing. He, Colossus, and Negasonic Teenage Warhead respond to a standoff between authorities and the unstable young mutant Russell Collins who had a firefist at an orphanage. His orphanage was labeled as “Mutant Reeducation Center”. Russell is a young mutant who has been locked up in an orphanage his entire life, a torturous place where he has suffered abuse at the hands of a creepy conservative warden who wants to purge mutants like him of their powers.

Wilson realizes that Collins has been ill-treated by the orphanage staff, and he has even murdered one of the staff members. Colossus stops him from killing someone else, however both Wilson and Russell are arrested. Subdued with collars that restrained their powers, they are taken to the Ice Box, an isolated prison for mutant criminals. In addition to that, a cybernetic soldier from the future, Cable, whose family is murdered by an older Collins, travels back in time to kill the boy. This all happens before Collins ever becomes a killer.

Cable breaks into the Ice Box and attacks Collins. Wilson, whose collar has broken in the rumpus, attempts to defend Collins. After Cable takes Vanessa’s token, Wilson forces himself and Cable out of the prison. He did so not before Collins overhears Wilson deny that he cares for the young mutant.

Nearing death again, Wilson has another vision of Vanessa in which she convinces him to help Collins. Wilson organizes a team called X-Force to break Collins out of a prison-transfer escort and defend him from Cable. The team launches its assault on the escort by parachuting from a plane, but all of the members die during the landing except for Wilson and the lucky Domino. While they fight Cable, Collins frees fellow inmate Juggernaut, who agrees to help Collins kill the abusive orphanage headmaster. Juggernaut destroys the convoy, allowing himself and Collins to escape.

Cable offers to work with Wilson and Domino to stop Collins’ first murder, and agrees to give Wilson a chance to talk Collins down. At the orphanage, they are overpowered by Juggernaut while Collins attacks the headmaster. Colossus, who had at first refused to help Wilson arrives to distract Juggernaut. When Wilson fails to talk down Collins, Cable shoots at the young mutant. Wilson leaps in front of the bullet while wearing the Ice Box collar and dies, reuniting with Vanessa in the afterlife.

Seeing this sacrifice, Collins does not kill the headmaster as this changes the future so that Cable’s family now survives. Cable uses the last charge on his time-traveling device, which he needed for him to return back to his family and strap Vanessa’s token in front of Wilson’s heart. Now when Wilson takes the bullet for Collins, it is stopped by the token and finally both survive. Collins still has his change of heart, and afterwards, the headmaster is run over by Wilson’s taxi-driver friend Dopinder.

Audaciously crafted and cleverly written, Deadpool 2 has the ability of reigning at the box office. This credit goes to the writers for ensuring that the constant witticism, digs at other superheroes or pop culture references, don’t distract a viewer from the story’s emotional core and it’s protagonist’s moral ambivalence. While the action is brilliantly shot and executed, the comedy smartly doubles up as a social commentary on racism, sexism, body shaming and sexual harassment.

The story humanises Deadpool, without letting go of what makes him different – eccentric ways, indulgence in blood-soaked violence, sarcasm and narcissism. However, what stands out the most are the hilarious opening credits and post-credits scenes, perhaps the best in Marvel movie history.