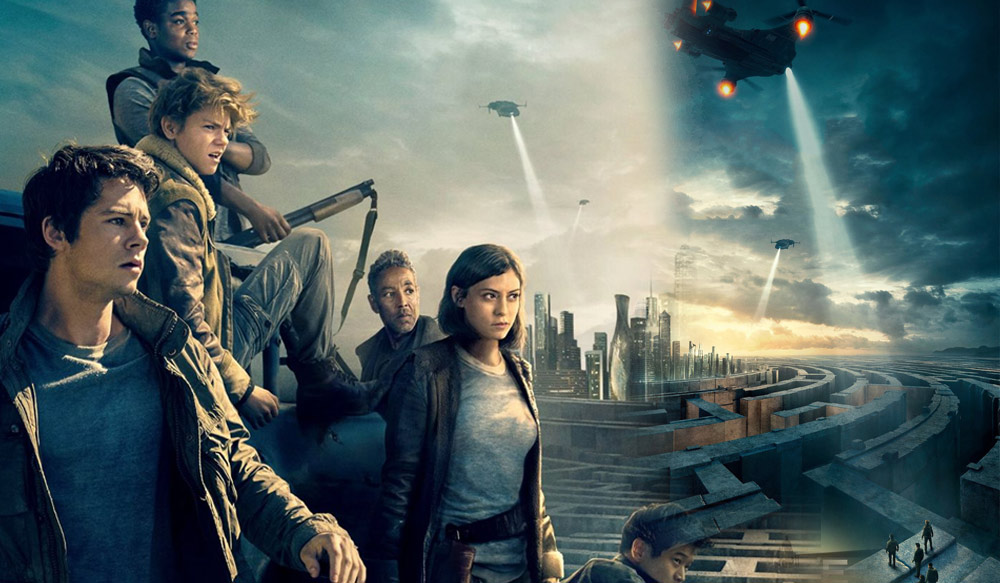 The final movie in the trilogy is finally here, and it leaves us with a rather bittersweet end. Maze Runner: The Death Cure falls short of being a captivating, standalone film and may only appeal to fans of the series.

In the first movie, we are introduced to the main protagonist, Thomas (Dylan O’Brien) along with his fellow comrades, Newt (Thomas Brodie-Sangster), Minho (Ki Hong Lee) and at the very end Teresa (Kaya Scodelario). They are basically used as lab rats by a sinister group of scientists, WCKD and struggle to break free of the maze. In the second instalment, The Scorch Trials, the heroes move on to a wasteland. Here, they encounter zombie-like humans who have been affected by ‘the Flare’- the deadly plague that WCKD seems so desperate to cure. Thomas also meets a group of ‘good guys’- the Right Arm (Barry Pepper, Giancarlo Esposito, and Rosa Salazar), before his comrades are captured and Teresa decides to switch teams.

The Death Cure is primarily a rescue mission. Right from the start, we are thrown into the action where Thomas, the few remaining Gladers and the Right Arm leaders are out on a mission to rescue the human-cargo from a moving WCKD train. There are no introductions or recaps, so non-fans may be rather confused. Their rather successful raid results in them rescuing a few of the captured but not Minho, and this leads them to infiltrating the Last City. It is up to our heroes to infiltrate the enemy’s base, rescue their friends and defeat the evil scientists, Dr Paige (Patricia Clarkson) and Janson (Aidan Gillen).

Packed with fast-paced action sequences, a lavish scale of special effects and an extended runtime of almost two and a half hours, The Death Cure is a decent watch, at most. With so many loose ends to tie up in the final, the movie struggles to make sense and fill in any plot holes. The characters at times seem rather mediocre and some of the dialogue does come across as cliché. Regardless, the movie can be applauded for its cinematography, seamless CGI and action scenes. O’Brien and Brodie-Sangster can also be commended for their performance, where O’Brien plays a tormented hero and Brodie-Sangster displays a true sense of loyalty & comradery.

Fans of the franchise or fans of ‘teen-dystopian’ genres will enjoy The Death Cure. With each installment, the Maze Runner series has improved and this movie can be deemed a worthy send-off for the series.