Spider-Man: Into the Spider-Verse – Movie Review 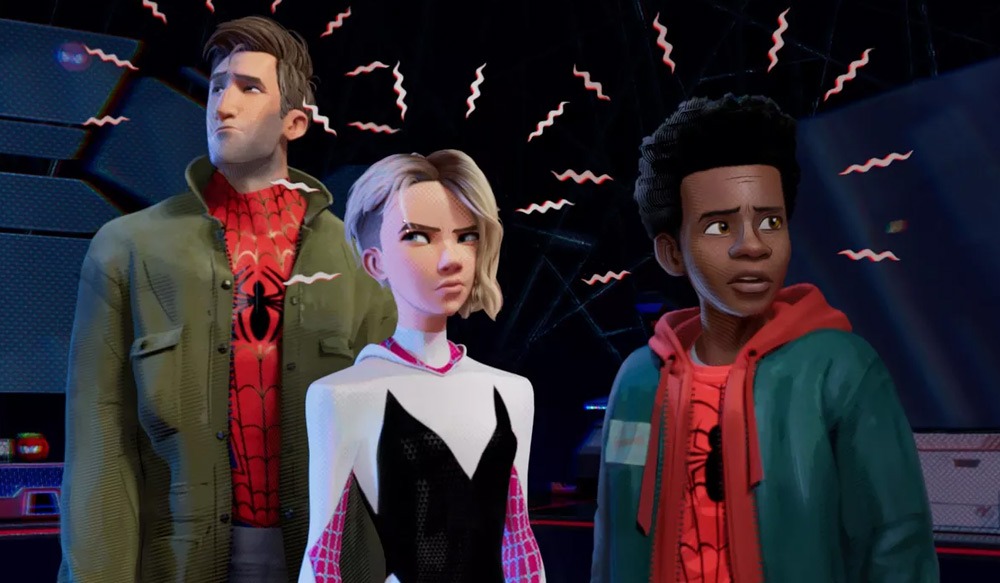 Spider-Man: Into the Spider-Verse is a refreshing take on a story that we have familiarized ourselves with over the decades, through every medium available.
Created by Brian Michael Bendis and Sara Pichelli in 2011, Miles Morales first appeared in the Marvel Comics Ultimate series featuring re-imagined and updated versions of popular superhero characters from the Ultimate Universe. The Afro-Latino teenager from Brooklyn injects much-needed diversity into the Spider-man universe and expands it. The movie not only focuses on an Afro-Latino teenager, it shows him being a superhero with a Latino heritage emphasized by his bilingual household.

The story follows Miles (Shameik Moore), a regular teenager who ends up getting bitten by a radioactive spider. While trying to figure out his new powers he gets entangled in a plot by Wilson Fisk, aka Kingpin (Liev Schreiber) to use a collider to tear through various dimensions and bring back Vanessa and Richard Fisk. The opening of the portal has the unexpected effect of bringing other versions of spider-man into that universe, including a much older and weary Peter B. Parker (Jake Johnson), Spider-Woman a.k.a Gwen Stacy (Hailee Steinfeld), Spider-Man Noir (Nicolas Cage), Peni Parker (Kimiko Glenn) and Spider-Ham (John Mulaney) into Miles’ reality. Together they have to stop Kingpin from destroying Miles’ world while getting everyone else back home. In between figuring out how to do this, Peter grudgingly teaches Miles how to be Spider-Man. The relationship between Miles and Peter helps both of them grow throughout the process.

The animation in this film is gorgeously brilliant, adding a whole new layer of fun to what could have been a stale old story. Some of the Spider characters are drawn in specific animation styles to mimic the timelines they originated from. The songs used in the movie are also effective in matching the feel and pace of the storyline. Lil Wayne and Juice WRLD’s introspective tracks use literal darkness as a metaphor for emotional pain. And Nicki Minaj turns up the patois over Caribbean vibes on “Familia”, that directly references the film, alongside verses from Puerto Rican trap artist Anuel AA and Zimbabwean singer Bantu. Vince Staples’ closer, “Home,” and Swae Lee and Post Malone’s “Sunflower” ride the lowest of lo-fi beats to really let their lyrics shine.

The film takes you on an action-packed ride filled with a surprising number of laughs. You will forget that it’s the seventh Spider-Man film, because it feels just as exciting as the first one thanks to a strong cast and intriguing screenplay. Miles is an amazing character and a worthy successor to Peter Parker.